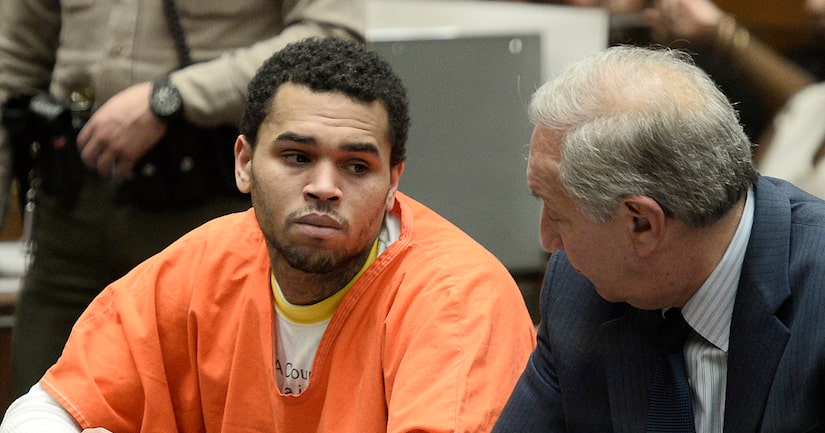 Rapper Chris Brown was sentenced to more time in jail after admitting to violating his probation stemming from his 2009 assault on Rihanna.

The L.A. Times reports that L.A. Superior Court Judge James R. Brandlin handed down a sentence of approximately one year in jail after Brown admitted he got into a fight in Washington D.C., thus violating his probation. His probation has now been reinstated and extended until next January.

Brown, however, probably won't have to spend too much more time in jail. With the couple of months he has already served behind bars, coupled with three months in rehab, the singer will be given 234 days of credit for time served.

Brown's attorney, Mark Geragos, said Chris could be released as early as the weekend, because he has served 234 of the 365 days.

The Times says the judge also noted that Brown has an underlying mental health condition, and that this was a mitigating factor in his sentencing. Previous court records have stated Brown is bipolar.