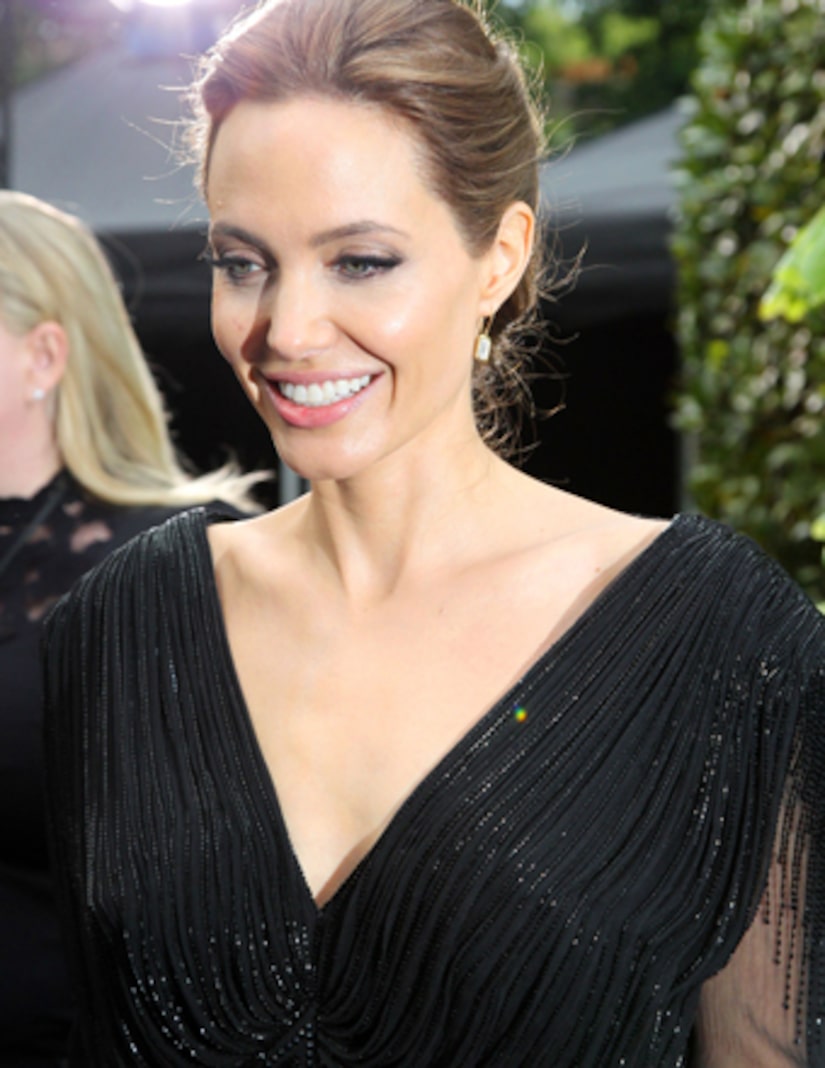 “Extra” caught up with Angelina Jolie in London at a special event at Kensington Palace to celebrate the costumes and props from her new film, “Maleficent.”

Jolie, who looked stunning in Versace, giggled when asked if she was proud of daughter Vivienne for playing young Princess Aurora in the film. “Everybody who is a parent, we know our kids and our kids make us laugh so much, and the idea that they are even in a film makes you giggle… she’s lost her front teeth and she’s in her pajamas and the fact that she’s being talked about on a carpet is funny.” 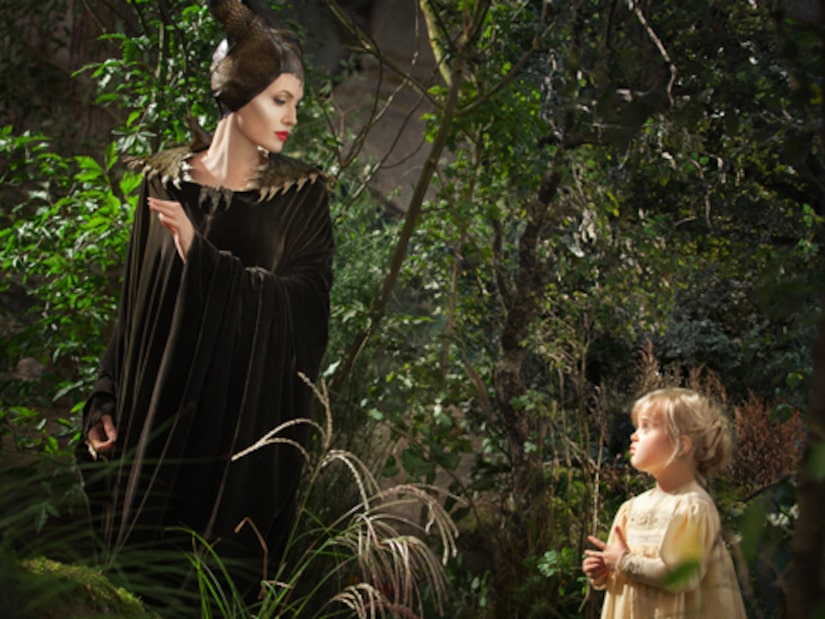 When asked if any of the other Jolie-Pitt children will get into acting, Angelina said, “No and I don’t think Vivienne is going to be an actor either. She just did it simply because the other children were terrified of me… we tried to cast other kids, but they cried, it wasn’t because I wanted her to be an actress, it was because, really, other 5-year-olds would see me and just cry.”

“Maleficent” opens in theaters May 30.