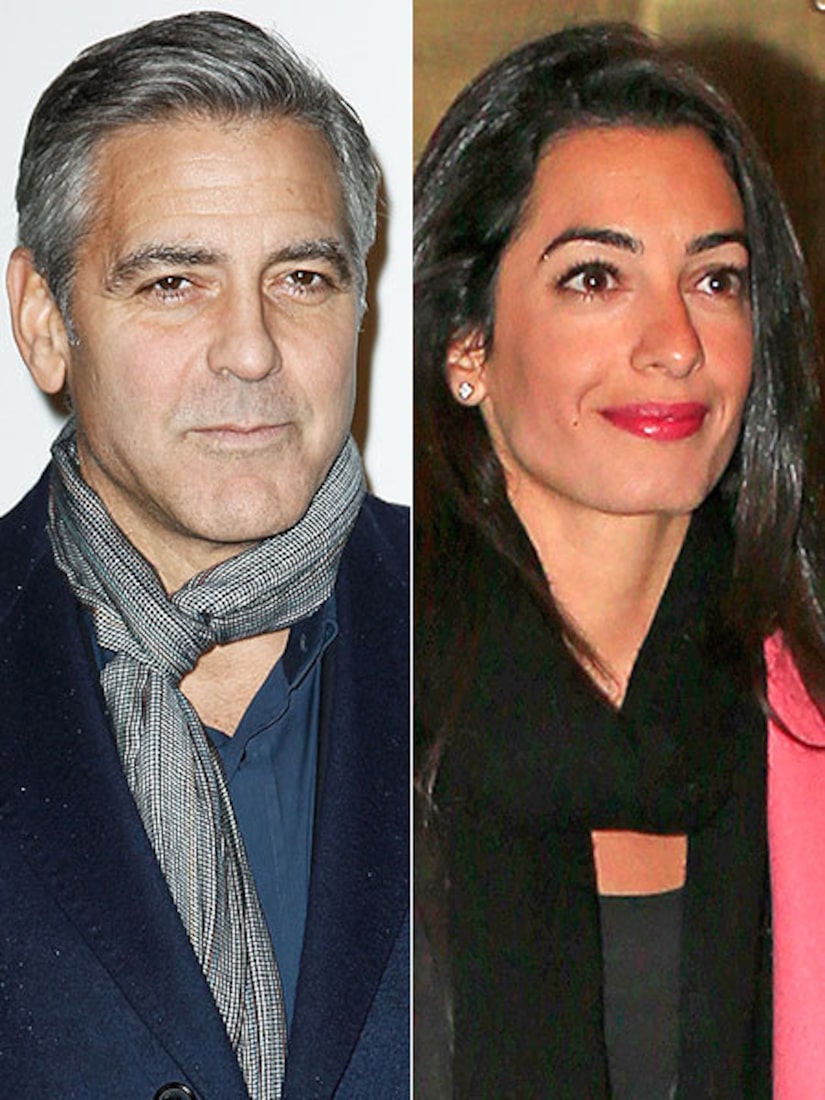 Actor George Clooney may end his bachelorhood as early as September.

Daily Mail reports Clooney and fiancée Amal Alamuddin could be planning to walk down the aisle in September, one year after they met.

A family friend told the Daily Mail, “If all goes as they are planning, Amal and George will be husband and wife within less than five months.”

Another insider said, “Amal's dad is definitely more impressed with Clooney's political and humanitarian involvement than he is with his fame and wealth. Ramzi prefers his daughter is associated with a guy with brains and no money over a guy with no brains and lots of money.”

As for the wedding, the Oscar winner wants to keep it low key, but Amal has large extended family. A friend laughed, “George doesn't want a huge to-do, but what he doesn't really understand yet is that a 'small' wedding for a Lebanese family is around 200 people.”