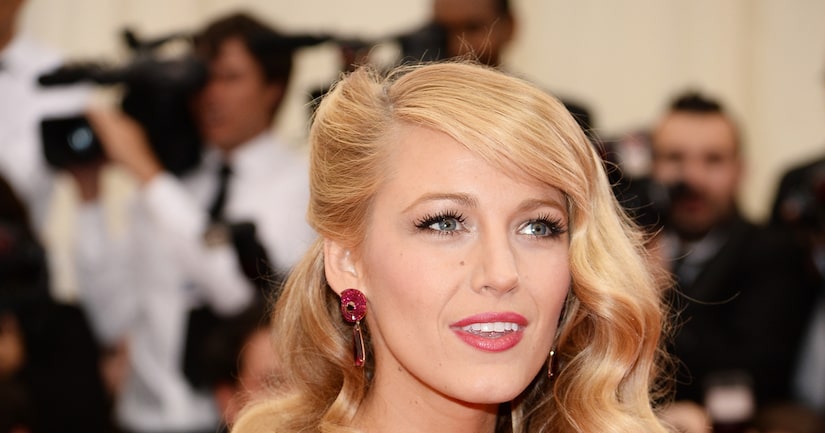 “Extra’s” AJ Calloway sat down with Blake Lively at Gucci’s “Chime for Change” party, just one day after wowing them in Gucci at the 2014 Met Gala.

Blake Lively Spotted Cut and Bleeding! She Reveals What Happened

Lively revealed she didn’t hit any of the after parties, she and hubby Ryan Reynolds instead opted for ice cream. She laughed, “I went to Serendipity… had frozen hot chocolate with extra peanut butter sauce on the side. Closed that place down! That’s how I do an after party!”

Blake also set the record straight about how she stays looking so great. “I like to cook… I use a lot of fresh ingredients, which really does make a huge difference. It’s easier to be healthy when eating things that are fresh, because they are often fruits and vegetables, but I also live a very active lifestyle.”

Lively added, “I’ve said before I hate the gym, I eat chocolate, yes that part is true. But what they don’t print is I hate the gym, so what I do instead is find other ways to be active… I ride bicycles, I hike, I go out and exercise in nature and I’m active that way.”

The actress, who just finished filming “The Age of Adeline,” also shot down reports that she cut her hand on set in Vancouver. “I shot a scene where I cut my hand. It was fake, a prosthetic.”

At the “Chime for Change” event, Blake was the guest of honor for her work with the organization, explaining, “You get a promo code on your bottle of perfume and you go to ChimeforChange.org. You can decide which pillar means the most to you. Health, education and justice for women… if we work on these three things, it will change the lives of women.”

For more information, go to ChimeforChange.org, and check out Blake's sexy ad campaign for Gucci here.