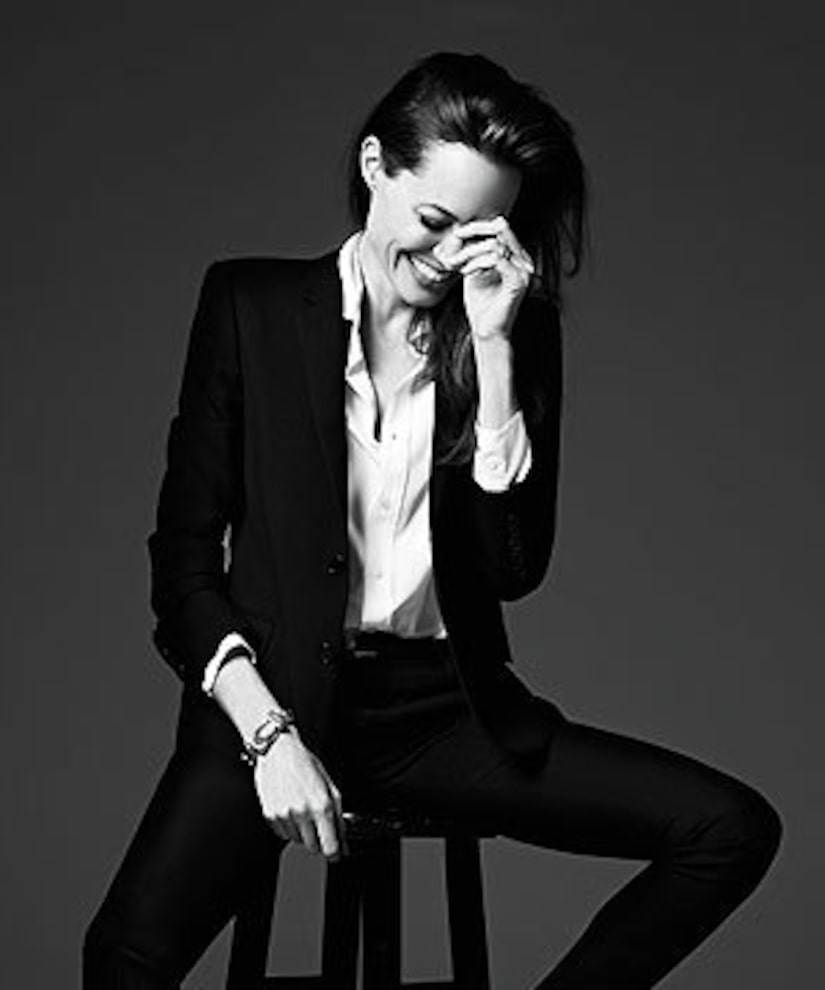 The gorgeous Angelina Jolie graces the June cover of Elle magazine, in which she opens up about what she thought her life would be like, her eight-year romance with Brad Pitt, and whether she wants her children to go into the acting biz.

On being with Brad Pitt for eight years, the actress said, “You get together and you're two individuals and you feel inspired by each other, you challenge each other, you complement each other, drive each other beautifully crazy. After all these years, we have history -- and when you have history with somebody, you're friends in such a very real, deep way that there's such a comfort, and an ease, and a deep love that comes from having been through quite a lot together.”

Jolie's 5-year-old daughter Vivienne is playing young Princess Aurora in “Maleficent,” but the mother of six is not sure she wants her kids to be actors. “Brad and I made the decision that we wouldn't keep them from sets and the fun of making movies, but we wouldn't [glorify it either] -- we wouldn't make it a good thing or a bad thing. But I would really prefer they do something else.”

Son Pax, 10, and daughter Zahara, 9, also appear in the film, but don't expect to see daughter Shiloh, 7. Angelina said, “I asked Shiloh about being Aurora, and she laughed in my face. She said she'd be a horned creature.”

Read more of the interview at Elle.com! 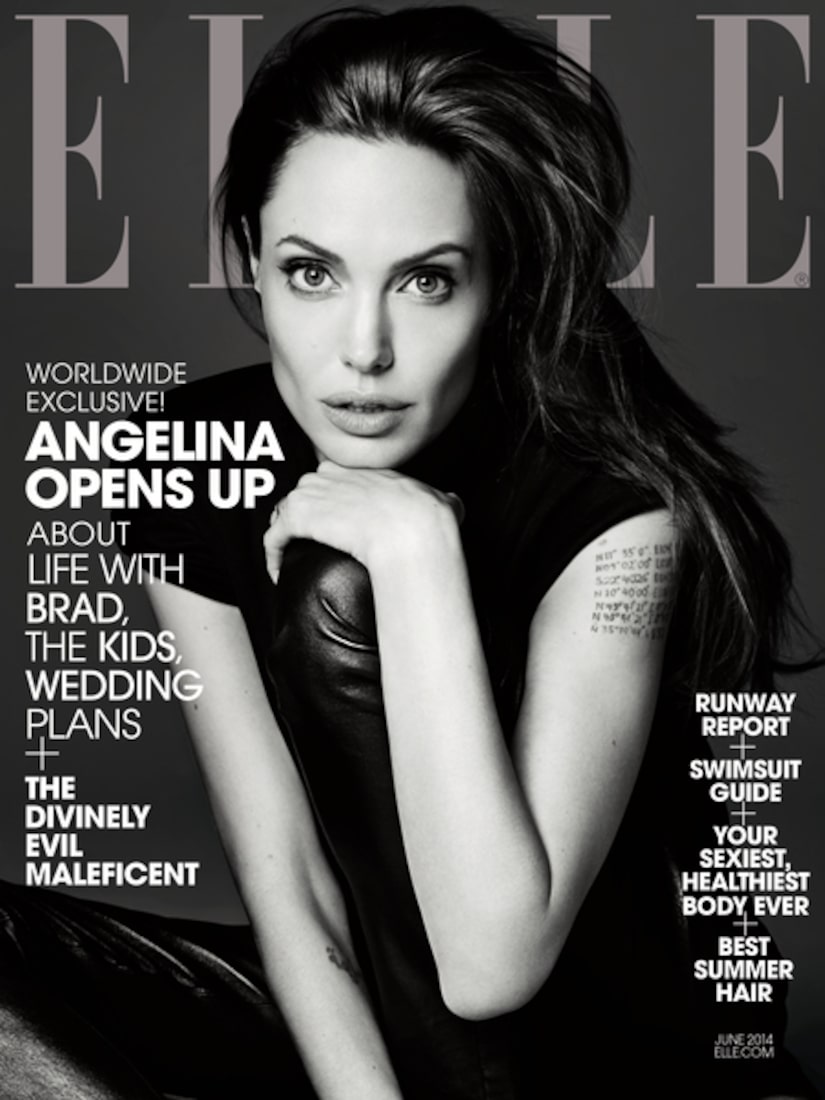