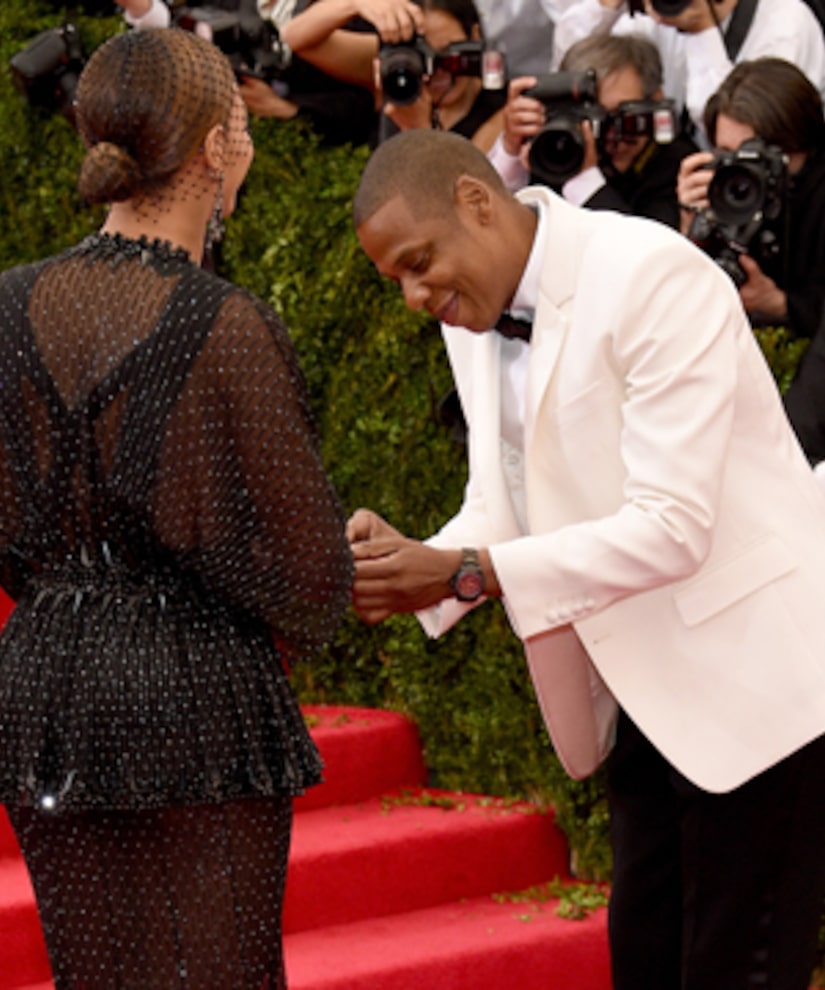 Singers Jay Z and Beyoncé stole the spotlight on the 2014 Costume Institute Gala red carpet when Jay Z appeared to be proposing to Beyoncé.

They supposedly got married in 2008, so why was he putting a ring on it on Monday night?

Well, it turns out he was coming to Beyoncé’s rescue. Her ring came off while they were posing for photos, so Jay Z decided to return the missing jewelry as if he were proposing!

We can only assume she said yes!

Check out "Extra's" coverage of the 2014 Met Gala below, including AJ Calloway's interviews with the celebs and all of the red carpet star sightings!