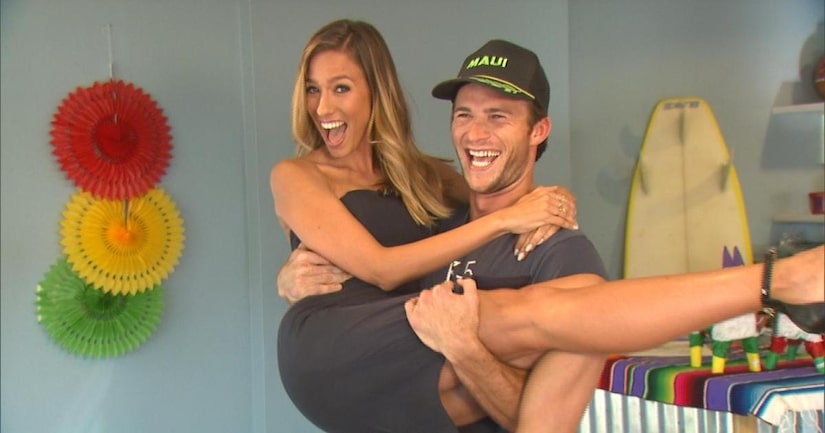 Eastwood said he is single, and while he had trouble describing what he looks for in women, he did have one quality he likes. They should be “spontaneous.”

The hunky 28-year-old said life in San Diego is pretty mellow. “I’m more of a small town guy, and San Diego is about as far away as I can get from L.A., but being close enough to get up there… I like to hang out down here and fish and just, just be mellow go surf, work out.”

Scott revealed his workout routine includes “a combination of everything. I do jiu-jitsu, the gym, run, surf, run, swim… everything.”

The actor, who has acted in some of his father’s films, said working with Clint has also been a great way to learn. “Sit back and watch and learn. You don't need to be the guy who thinks they know it all, you know, just learn in life in general, you know you're always learning, always growing.”

If he weren’t an actor, what would he be? “Maybe be a firefighter… I always thought that was kind of cool.”

Scott was just cast in the Nicholas Sparks adaptation, “The Longest Ride Movie.” He explained, “It’s an amazing opportunity to be part of a great book, a great big studio movie. It’s going to be great.”

To celebrate Cinco de Mayo, Renee and Scott learned how to make the Jose Cuervo Perfect Margarita with the help of a professional mixologist.