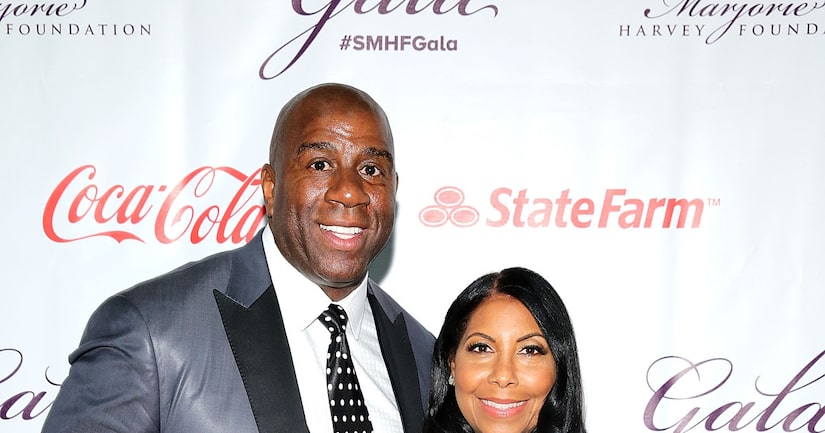 Magic continued, “I said that Cookie and I would never go back to a Clippers game as long as he owned the team, now that he’s banned, I’ll go back. Hopefully the board of governors will vote him out.”

The Johnsons were honored with the Helping Hand award at the gala. Johnson explained, “For us, probably it’s our greatest honor, because when you think about Steve and Marjorie and what they built with the Harvey Foundation, and they’re good friends of ours… The excellent work that they’ve been doing throughout the country in terms of educating young people and giving them a chance go to college, I just think it’s awesome.”