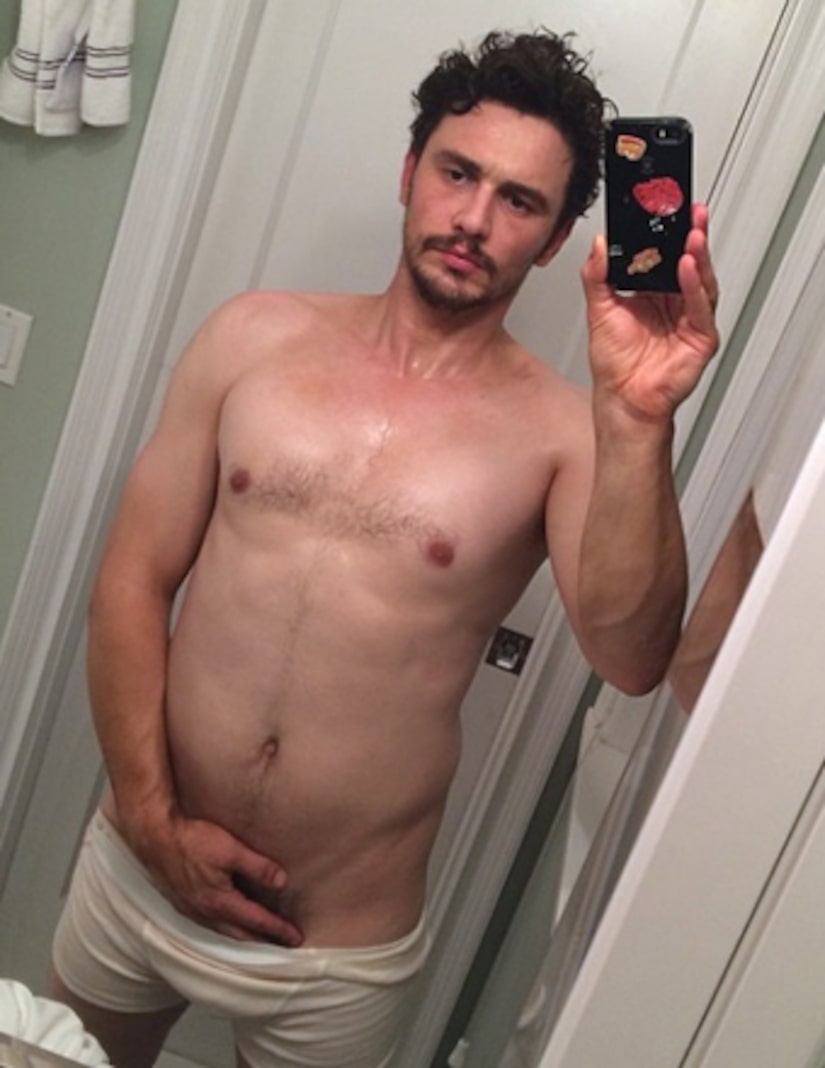 Actor/trickster James Franco isn't having a lot of luck on Instagram these days, but his fans won't mind his latest posting.

Fans are used to seeing Franco's shirtless selfies, but the star took it one step further Thursday night, nearly exposing himself.

Franco pulled down his white boxer briefs, covered his private parts with his hand, and snapped a pic. The caption said, “JUMP ROPE.”

James Franco Reveals What Really Happened Between Him and Lindsay Lohan

The “Of Mice and Men” star uploaded the photo at 11:28 PM ET, but quickly deleted it. Of course, the nearly NSFW image is still floating around online.

No word on whether the pic was meant for fans… or someone special.

Franco made headlines last month after he admitted to messaging an underage girl on Instagram.