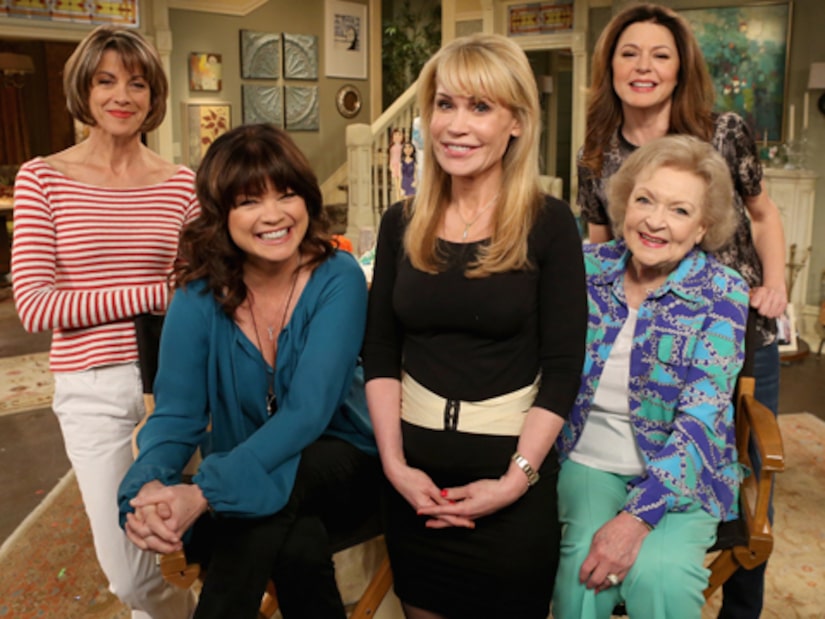 Actress Valerie Bertinelli says the media got it wrong, she did not gain 50 pounds when she broke her foot!

“Extra’s” Terri Seymour joined the cast of “Hot in Cleveland” on the set for their 100th episode, where she talked to Valerie about her weight.

The star, who famously lost 40 pounds with Jenny Craig in 2012, told Terri, “Contrary to published reports I did not gain 50 pounds when I broke my foot, I gained like 12 to 15, I’ve already taken off 5 of them.”

She’s already working out again and attending a bootcamp with the cast and crew, even though her foot isn’t completely healed.

Fat-Shaming Shockers: How These 10 Celebrities Fought Back

“I’m on the elliptical, I can’t run yet… we have the gym right below, the girls, we all go down there and some of the boys and we work out hard.”

Her co-star Wendie Malick added, “She’s back, she’s back fiercely.”