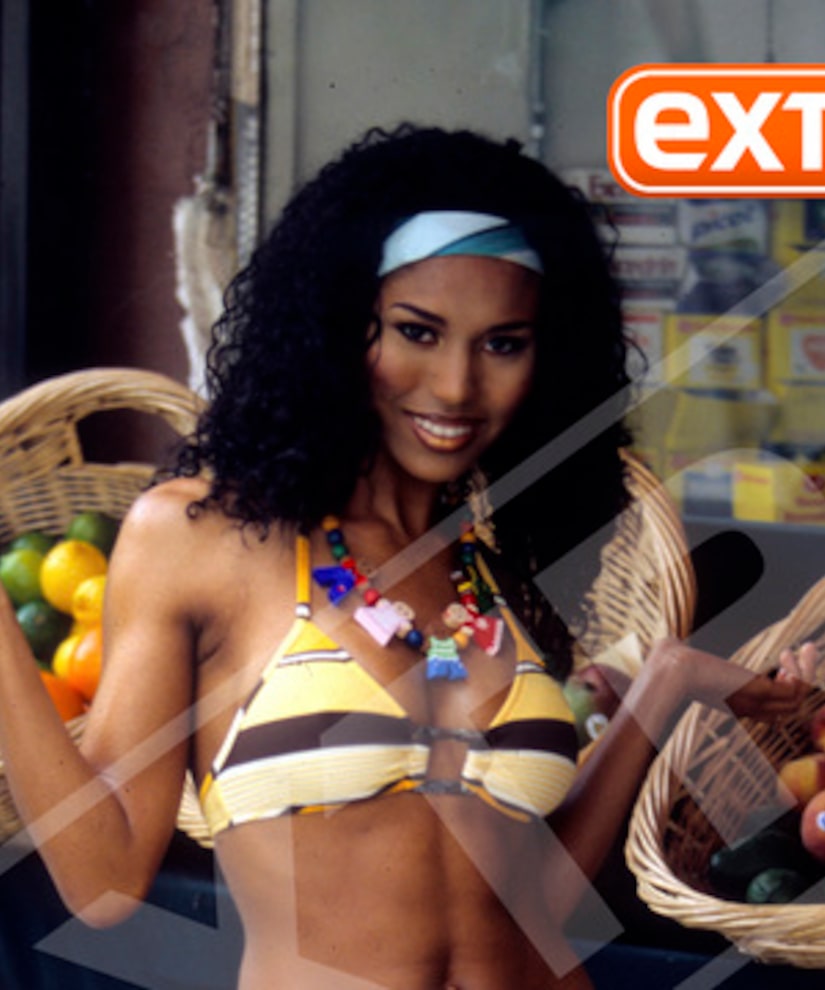 “Extra” was with celebrity photographer Patrick McKenzie, uncovering lost bikini shots from over a decade ago of V. Stiviano, the woman behind the Donald Sterling controversy.

McKenzie said Stiviano impressed him when she went by her real name, Vanessa Perez, on the set of Tyrese’s music video for “We Like Them Girls.”

Patrick said, “I was like ‘Wow!’ At the time I was working with Rob Simms. I was his assistant for Black Men’s Magazine and we made a phone call to the chief editor and the next week we were shooting her.” McKenzie, who has shot for magazines like Maxim and FHM, said he thought she had the “it factor.”

Although the bikini shots were done nearly a decade ago, the photographer said V has never been shy about her body. “She knows she’s got it. Girls who know they have it aren’t going to be shy at all because they aren’t going to let you do something to them they don’t want.”

McKenzie also talked about V’s aspirations and goals. “V wanted to do it all, bottom line, acting modeling, her own TV show… she loves to style people. She wants to be a jack of all trades and to master everything she wants to do.”

Patrick also recalled when he met disgraced L.A. Clippers owner Donald Sterling. “We sat down and had dinner before one of the games. He had probably about 15 or 20 people there, lots of sponsors and stiff like that. It was cool… the weird thing about it, I didn’t get invited back.”

McKenzie added that he thinks Stiviano means well. “She takes good care of her family, her sisters. Ain’t nobody perfect. I ain't giving her a pass either, if she’s done something wrong she has to answer for it, but in my experience, that’s the only thing I can about her is… she is nice, always quality, cool.”

These days Stiviano is keeping covered up, even wearing this Chanel visor!