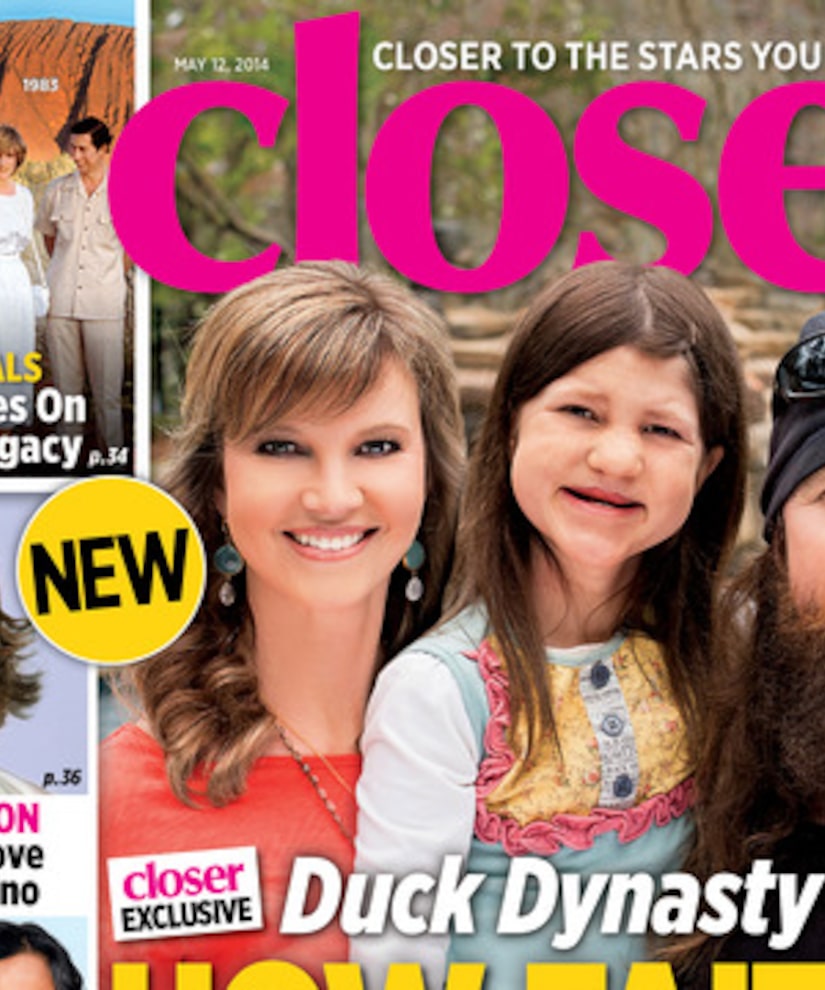 Jase and Missy Robertson, stars of the A&E show “Duck Dynasty,” gave a candid interview to Closer Weekly, talking about their daughter's health crisis and revealing for the first time that Missy suffered a miscarriage.

Missy told the mag it happened in 2002, after she had already given birth to two sons, Reed and Cole. “I was about eight to ten weeks along when I miscarried, just enough time to be excited about it and start telling everyone.”

She added, “I'd heard of tubal pregnancies for years, but didn't really understand the mental anguish of actually having to go in and have someone remove what could've been your child. It was extremely difficult, and there was a lot of pain and bleeding.”

The Robertsons said that with “a lot of prayer and a lot of family,” they were able to conceive their daughter, Mia, just three months later, but found out well into the pregnancy that Mia had a cleft lip and other possible complications.

Jase admitted, “When Mia came out, I looked at her and thought, 'This is going to be rough.' Then, it became clear the baby couldn't breathe on her own. “I thought, why am I so upset about what she's going to look like? I just wanted her to live.”

Mia, now 11, has had five operations, but is now thriving. “Life's a gift,” Jase marveled. “As long as we're living, we can get through anything.”