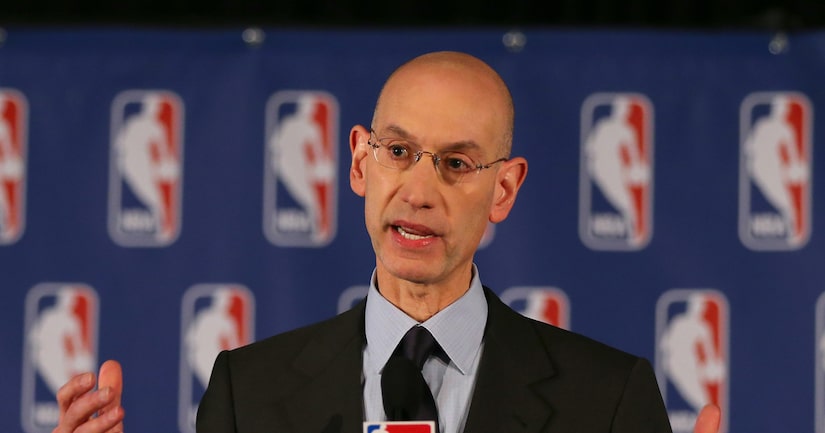 The National Basketball Association is getting rid of L.A. Clippers owner Donald Sterling, following a leaked recording in which he made racist comments.

Basketball Commissioner Adam Silver, who has been on the job for only three months, held a press conference on Tuesday in which he addressed the scandal, saying that Sterling admitted to him that it was his voice on the recording.

Here are the three main points of Silver’s decision:

--Sterling is banned for life from the sport, effective immediately.

--The NBA "will begin immediately" to force Sterling to sell the team, which he has owned since the 1980s.

Adidas also confirmed to CNN on Tuesday that it was suspending its current marketing partnership with the Clippers.

Sterling was recorded while telling girlfriend V. Stiviano not to publicly associate with black people, including Magic Johnson, and not to bring them to Clippers games. It was leaked last Friday.

Stiviano told “Extra” things are going “perfect” as she hid her suddenly famous face behind a visor outside her Hollywood home on Monday.

When asked by “Extra” what she thought of all the attention, Stiviano dodged the question, saying, “I'm just trying to walk my dog.”