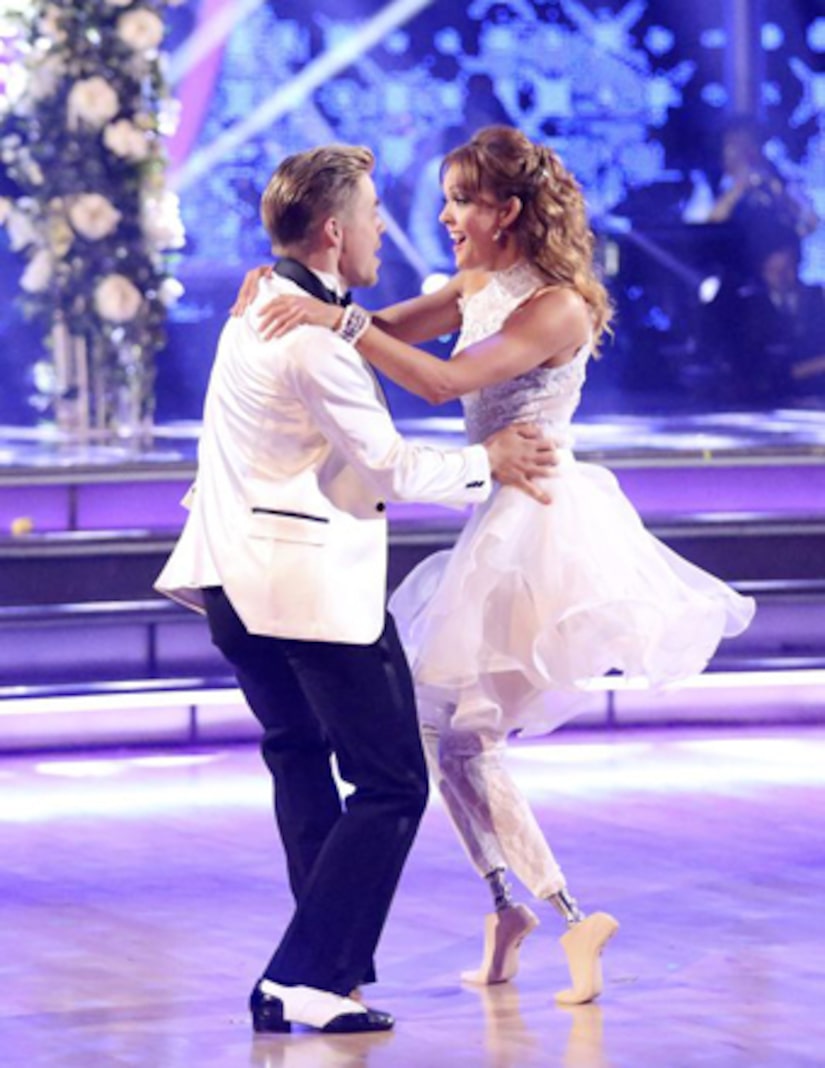 Paralympic snowboarder Amy Purdy was rushed to the hospital after her rumba with partner Derek Hough on Monday’s “Dancing with the Stars.”

The contestant told co-host Erin Andrews, "My shoulder's been bothering me a little bit, and then right after judging I turned my head and my back cracked and it just seized up and everything's painful right now. It's hard to breathe."

Amy couldn’t believe she had to miss the team dance, tweeting, “Cannot believe I had to miss the #TeamDance… thank you to all of you for your kind words and support. #DWTS #PurdyHough#TeamLoca”

Later, Purdy updated fans, saying, "I'm doing okay, thanks for your support everyone! The DR thinks it's muscular, still waiting on the official word."

"Extra" cameras captured what sources believe was Amy's ambulance rushing her to Cedars-Sinai, and were with "Dancing with the Star's" Charlie White, Tom Bergeron, James Maslow, and Peta Murgatroyd to get their thoughts on Amy's injury as they headed to the "Dancing" after party.

"Extra's" Renee Bargh was also backstage with the "Dancing" stars talking about Amy Purdy and Danica McKellar's injuries, NeNe Leakes and Tony Dovolani being eliminated, and all of the shirtless Latin dances.