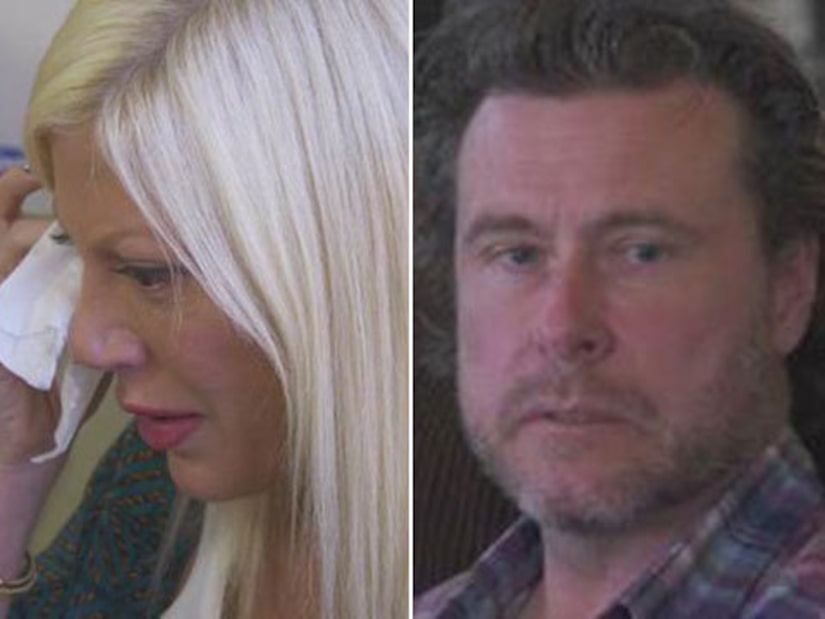 Did Tori Spelling and Dean McDermott fake a cheating scandal to land a reality show? As a new Jezebel article points out… not everything about Lifetime's “True Tori” series is adding up.

Meanwhile, Lifetime tells “Extra” the reports are “so false."

The timeline is off: In the pilot, Tori explained that Dean went to rehab for sex addiction right after news broke of his affair in late December. She claimed she spent the holidays alone with the four kids. The problem is that Dean was active on social media through mid to late January. He even posted Christmas and New Year's photos with the family.

She's not doing it alone: It seems like Tori is going at it alone in the series, while Dean is away at rehab, but Jezebel claims that off-camera, she has three nannies and an assistant!

His mistress went missing: Emily Goodhand, the 28-year-old Canadian who supposedly slept with Dean in Toronto, hasn't been seen or heard from since.

Tori knows how to fake it: In her latest book, “Spelling It Like It Is,” the actress admits to staging scenes and creating story arcs for previous reality shows. She even says, “I'm Aaron Spelling's daughter. I knew how to write the story. I knew what would tug at heartstrings.”

The couple is cash-strapped: Much has been made about Tori and Dean's financial woes. Some believe they would go so far as to fake a cheating scandal just to make money.

Watch the video below for a sneak peek at next week's episode.