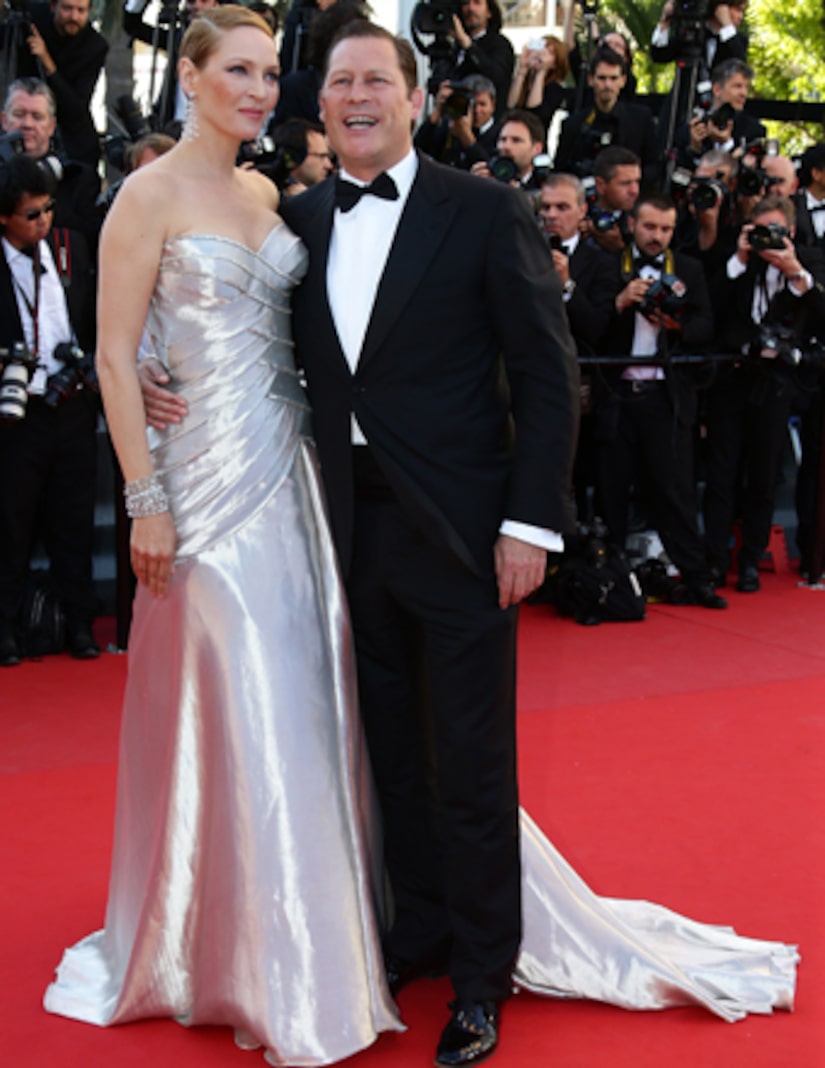 Uma Thurman and fiancé Arpad Busson won't be walking down the aisle after all, according to multiple reports.

This is the second time the two have called off their engagement.

The actress and the French financier first began dating in 2007, and were soon engaged. After a split in 2009, they reconciled and started a family together, welcoming a daughter in 2012, Rosalind Arusha Arkadina Altalune Florence Thurman-Busson… or Luna, for short.

Uma sparked rumors of a breakup when she arrived to the Room to Grow Spring Gala on April 8 without Busson... or her engagement ring.

Busson has never wed, but does have two children with his ex, supermodel Elle Macpherson.