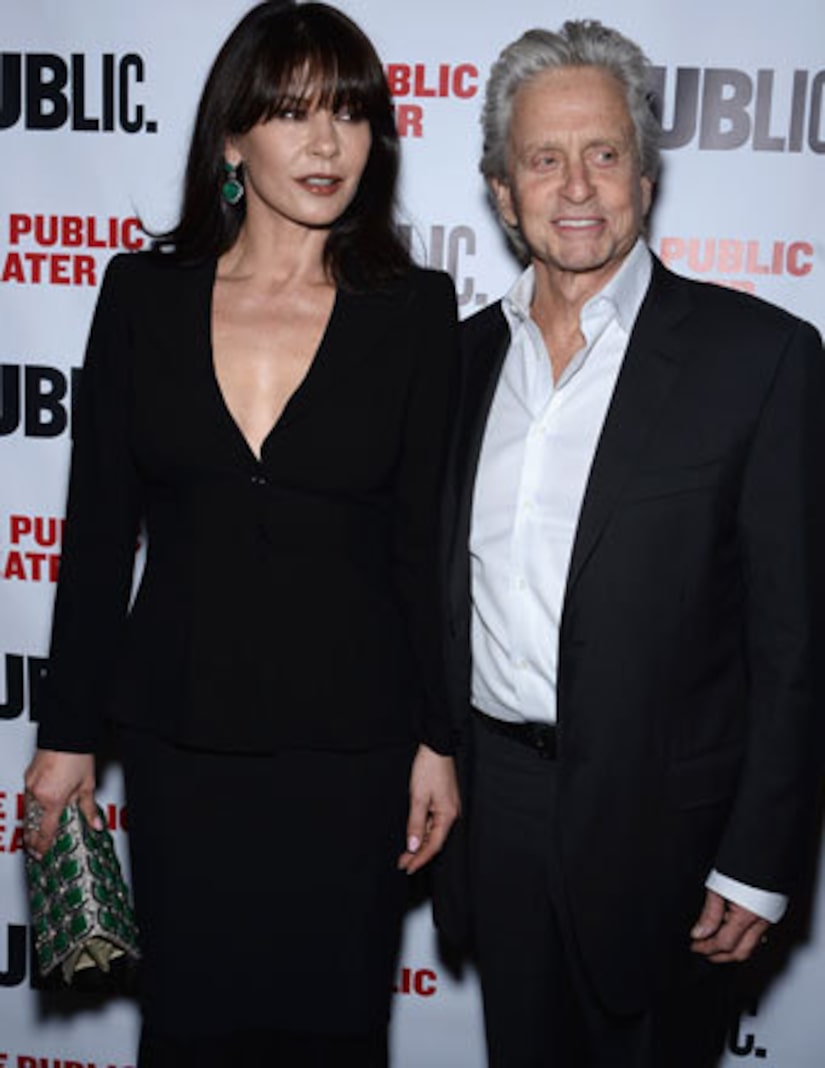 Last September, Michael Douglas and Catherine Zeta-Jones decided to take a break, so it was a nice surprise to see them reunited on the red carpet in NYC.

The married couple of 13 years, who were both wearing their wedding rings, stepped out in support of Steven Soderbergh new play “The Library” at Public Theater.

The actors starred in Soderbergh’s 2000 hit “Traffic,” and Douglas teamed with him again for HBO’s “Behind the Candelabra.”

In September, Douglas told “Extra,” “Catherine and I are fine… the press tries to push it along a little faster. We’re taking a little break. We talk. I think everything will be great.”