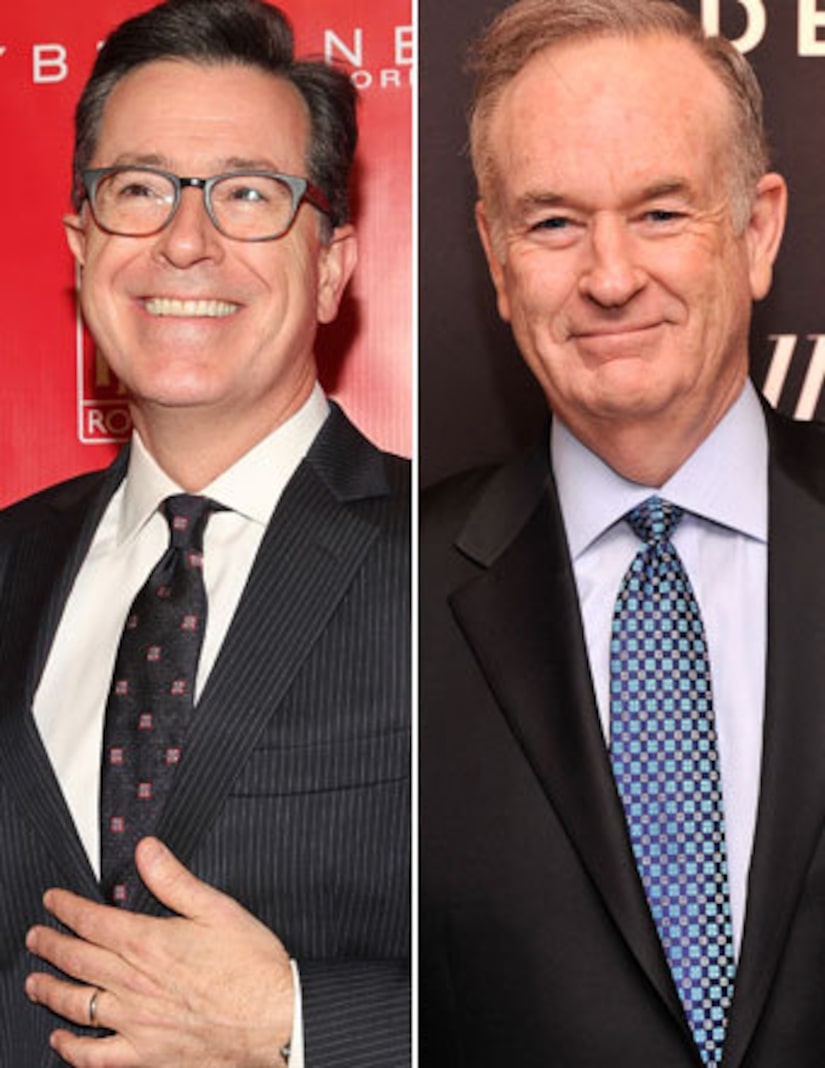 They've been enemies for years, so why does it seem that Bill O'Reilly tried to help Stephen Colbert get David Letterman's job?

Time magazine writer James Poniewozik thinks he has the answer. Here is his take on the situation:

O'Reilly recently outdid himself by blaming Colbert for the downfall of civilized society through a bit of “ideological island hopping”… somehow tying together March Madness and related rioting with the progressive media… specifically “The Colbert Report."

Watch the “O'Reilly Factor” and "Colbert Report" combo clip below for the full effect.

The entire rant only boosted the comedian's profile and further established his relevance… just as he was emerging as a frontrunner for Letterman's job.

Poniewozik thinks the whole thing was part of a larger O'Reilly scheme to move Colbert from cable to mainstream media… where Stephen would be forced to leave his progressive ideas by the wayside… maybe.