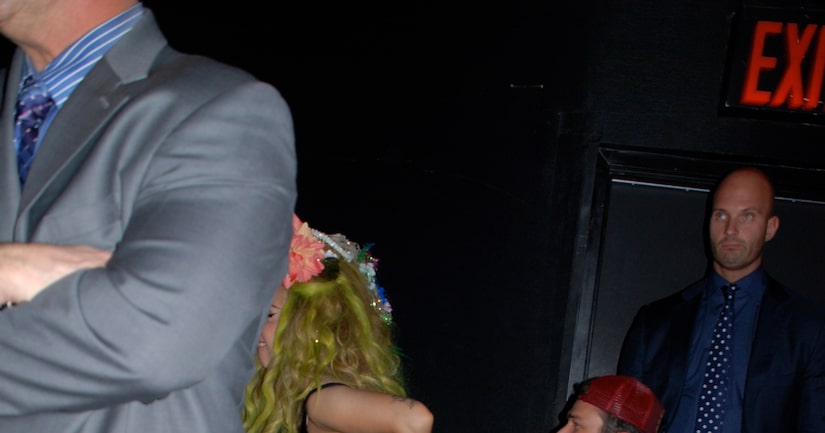 Superstar Lady Gaga recently showered her boyfriend, “Chicago Fire” star Taylor Kinney, with lots of affection, and we have the photos.

The “Applause” singer was spotted on Monday at a NYC nightclub, wearing fishnets and a thong bodysuit (as she's wont to do), and giving her honey a private lap dance.

Later, the two were seen sharing a sexy kiss. 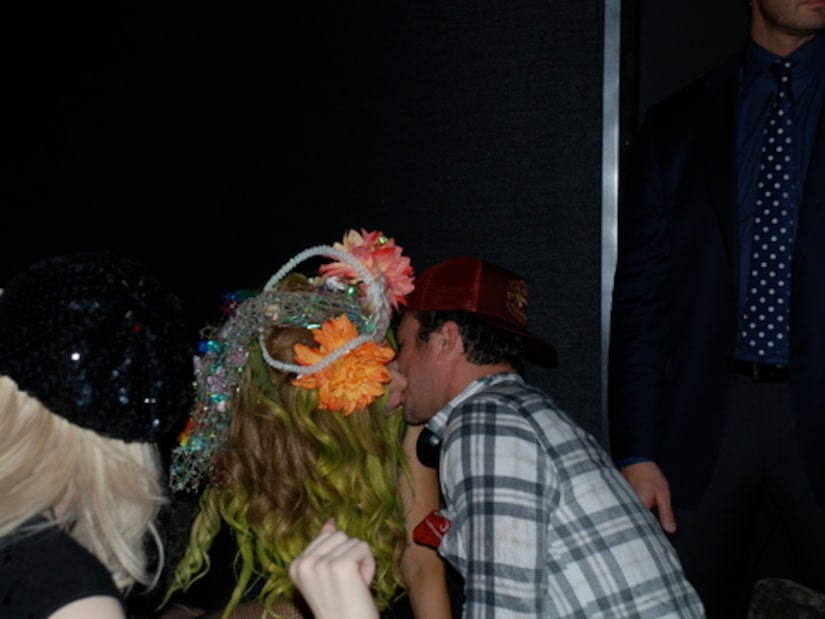 Gaga and Kinney first met while working on her “You and I” music video in 2011 and began dating soon afterward.