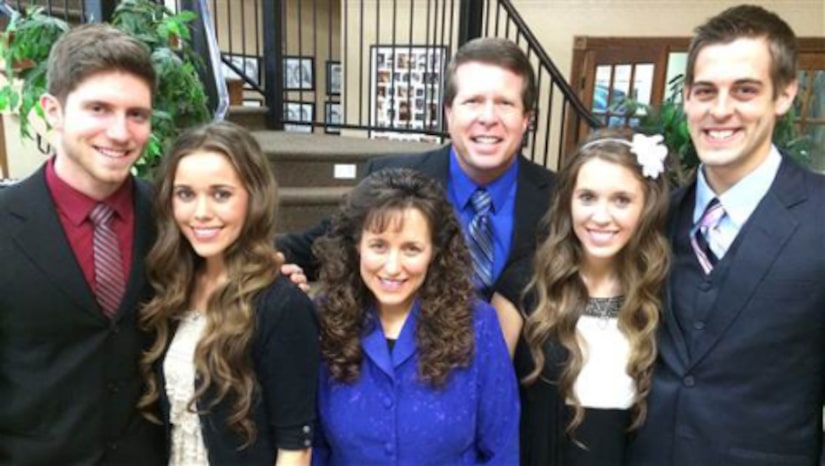 Jill Duggar has a new man, and she met him online!

The “19 Kids and Counting” star met Derick Dillard via Skype, with a little help from her dad, Jim Bob.

The patriarch, who has 19 children with wife Michelle, told People about how he met Derick. "I had gotten an email from Derick a few years ago and gave him my phone number so he could share the work he was doing in Nepal.”

He continued, “I was impressed with him as I got to know him over the years. He sounded like an amazing young man. I felt like from the beginning, they had similar personalities and goals. I thought they would hit it off."

Eventually he introduced Jill, 22, and Derick, 25, via texting and Skype, and they hit it off.

The two are now courting. As outlined in the book “Growing Up Duggar” by Jill and sisters Jessa, Jinger and Jana, courting is dating with purpose.

Jill explained, "We got to know each other in the first few months pretty quickly. I was in love with someone I had never met in person, but we really knew each other well."

VIDEO: Duggars Dish on the New Season of '19 Kids and Counting'

Jim Bob even took Jill to Nepal to meet Derick in person. Now, he's back home in Arkansas, just 30 minutes away.

He has only one sibling, but he's already fitting in with Jill's 18. “You have to come in armed with good jokes, and I usually have Skittles as well.”

This season of “19 Kids and Counting” is all about courting, and will also focus on Jessa and her boyfriend Ben Seewald.

Jim Bob and Michelle want the kids to adhere to a pretty strict set of dating rules. They don't allow the couples to be alone together, and they are included on all of the couples' texts. For more rules, visit Today.com.