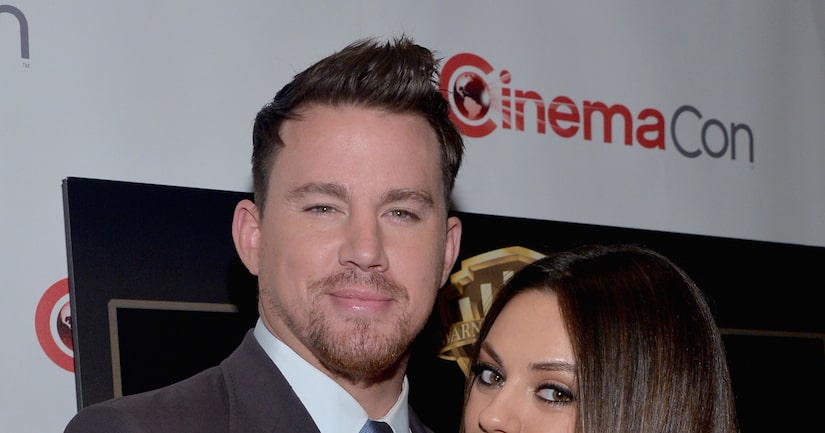 This was Mila's first red carpet appearance since the news of her pregnancy. The actress stayed close to co-star Channing, hiding her baby bump while she flashed her engagement ring.

"Extra's" Renee Bargh caught up with Mila and Channing, who chatted about making their movie, with Channing revealing that he "probably cost the studio a hundred thousand dollars." Mila also chatted about reuniting with Ashton Kutcher in her upcoming "Two and a Half Men" appearance.

Turns out that while filming a scene, Channing ended up breaking a camera, but it was with good reason... because the camera would have ended up taking out Mila.

Mila said, "It was either me or the camera," while Channing added, "I karate-kicked the camera out of the way." Mila continued, "Fully saved my life."