Kim stopped by "Late Night with Seth Meyers" on Tuesday, where she revealed she had to keep the cover a secret from her sisters.

She said it was very difficult being sworn to secrecy, since she has "the biggest mouth ever.” Kim explained, "I didn't know it was going to be the cover, and it was such a secret. I didn't tell my sisters; I didn't tell anyone. My mom knew because we had to use parts of her home, so it was this top-secret mission trying to keep out all of my sisters… they were a little suspicious, but I just said Kanye was shooting something at my mom's house and it was really private and just kind of blamed it on him." 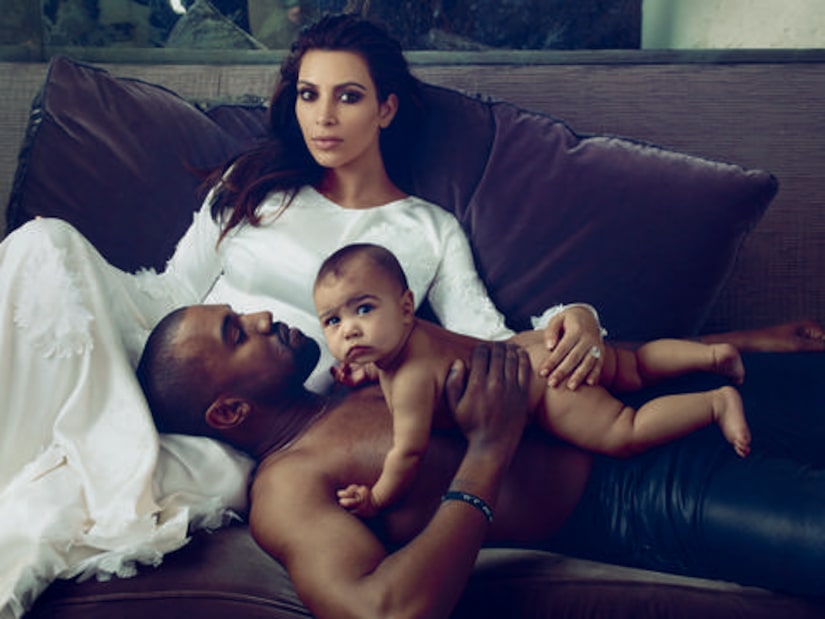 The mom also said 9-month-old daughter North West peed on her daddy in the shot by famed photographer Annie Leibovitz.

"North peed on him right at that moment," the “Keeping Up with the Kardashians” star laughed. "And he was trying to tell me, and I couldn't really hear him, but I had to get up and get her, clean her off, clean him off. It's a good memory."