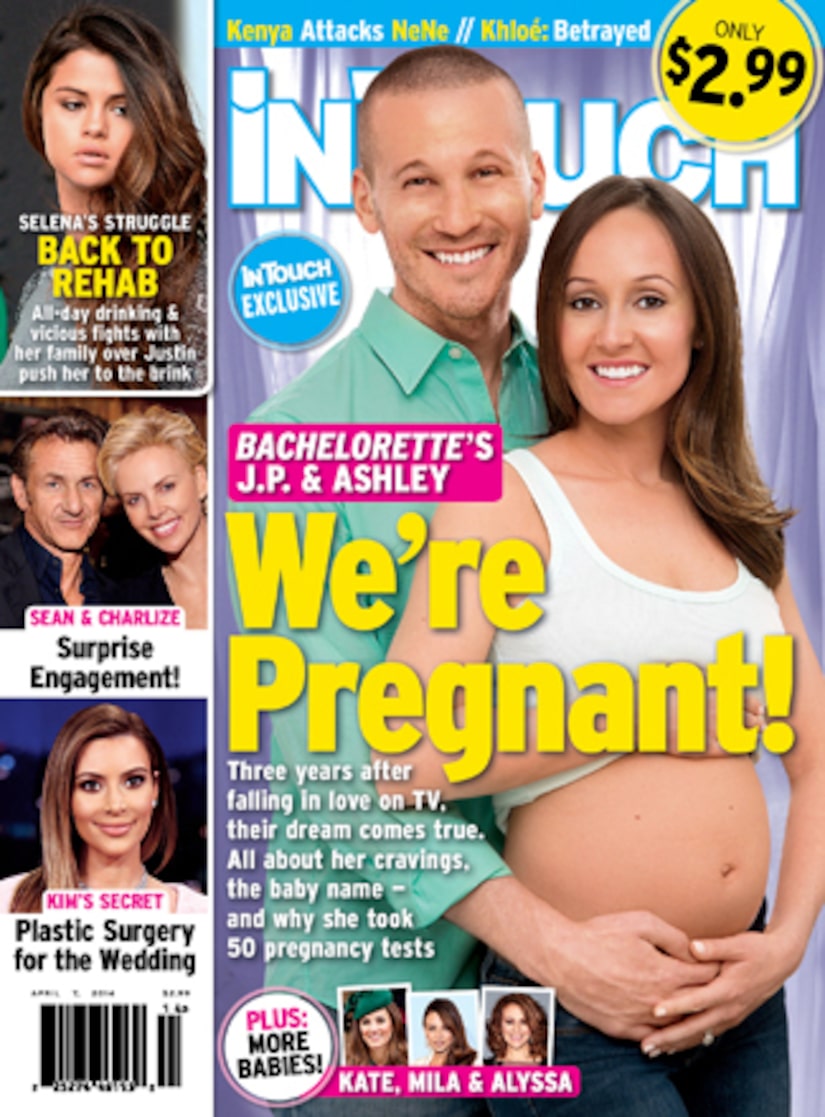 It's time to welcome another baby to the “Bachelorette” family! J.P. Rosenbaum and Ashley Hebert revealed she is pregnant with her first child, reports In Touch Weekly.

“I'm a little nervous, but we're very excited,” Ashley told the mag. “I've wanted a child for a while.” J.P. added, “It's nice not to have to keep a secret anymore. We're beyond thrilled.”

Ashley is about three months along and due in October.

After a few uncertain tests, they finally got a positive… while in Santa Barabara for Sean Lowe and Catherine Giudici's wedding!

J.P. said, “That's when we officially found out – of course it would be at a “Bachelor” wedding.”