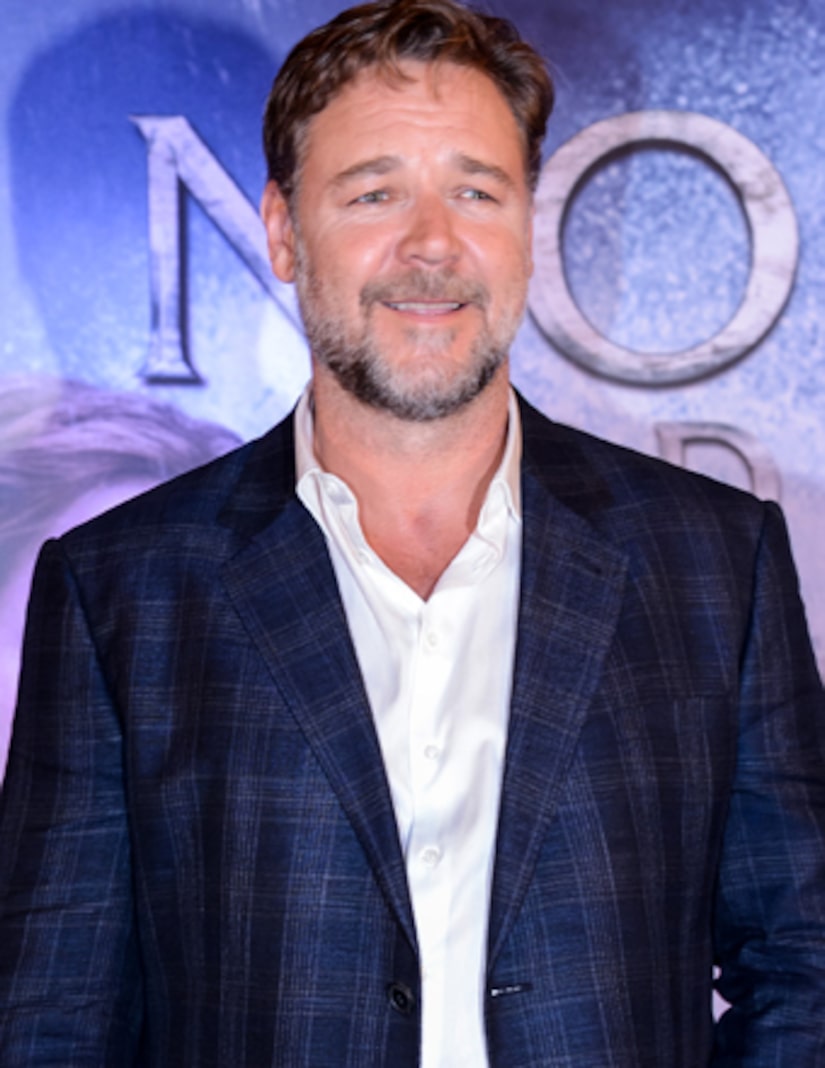 New reports say that Pope Francis shunned the stars of “Noah,” including Russell Crowe, during their recent trip to the Vatican, but Crowe says it simply isn’t true.

“It was just beautiful,” he told “Extra.” “I just thought it was so kind of the Holy Father to extend that invitation, given all the controversy and all of the people who want to try and shoot this movie down before anyone's even seen it... he could very easily have just brushed us and cancelled like it was reported, but he didn't do that, he said come and hang out.” The actor tweeted the photo below during his trip.

Some religious groups are outraged about the Hollywood adaptation, forcing Paramount to include a disclaimer to notify moviegoers that “artistic license” has been taken in the film.

Crowe says, “It's certainly not what the people who are criticizing the movie prior to its release [say it is], it's not anything like what they've been saying.”

While the film is getting plenty of press, and promotions are reaching biblical proportions, it still isn’t enough to impress Russell’s kids with ex Danielle Spencer; Tennyson, 7, and Charlie, 10.

“They don't think much of dad playing anything, quite frankly. The coolest thing I've done, as far as they're concerned, is being Superman’s dad.”

Even a 14-story billboard of their dad wasn’t enough to wow the boys. The Oscar winner said they keep him humble.