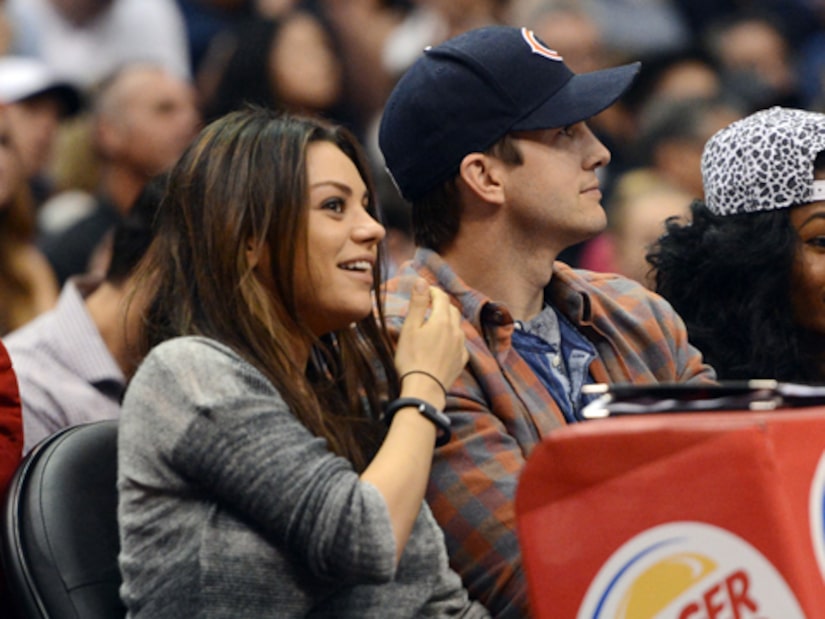 While the world was gushing over Mila Kunis and Ashton Kutcher's baby news on Sunday, the happy couple was busy watching the L.A. Clippers beat the Detroit Pistons at Staples Center in Los Angeles.

The pregnant actress was all smiles as she laughed with Ashton and showed off her engagement ring. It was hard to detect even the tiniest baby bump underneath her loose gray sweater. 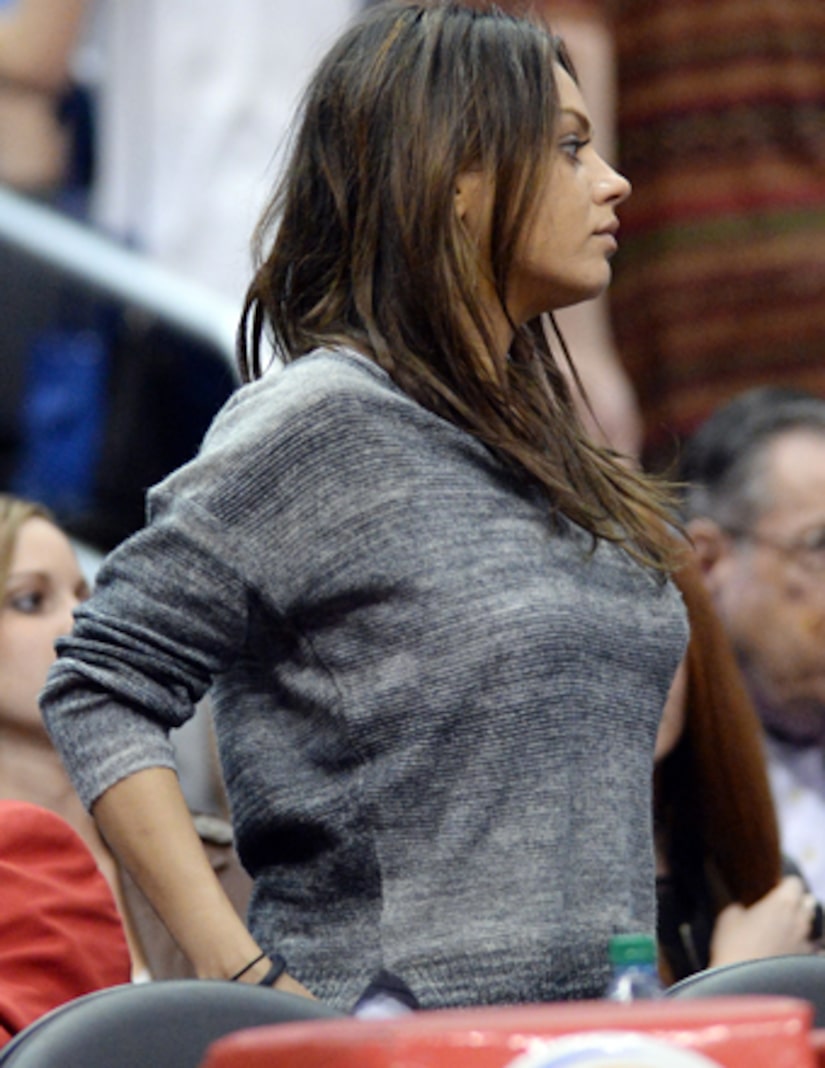 A source confirmed the pregnancy news to People, explaining, “They are both very, very happy. It's still early." The insider added that despite rumors, the actress is not expecting twins.

Last month, the couple made headlines when Mila was spotted wearing a giant sparkler. It was later confirmed that Ashton had proposed.

Now, fans want to know... will the couple get married before or after baby?