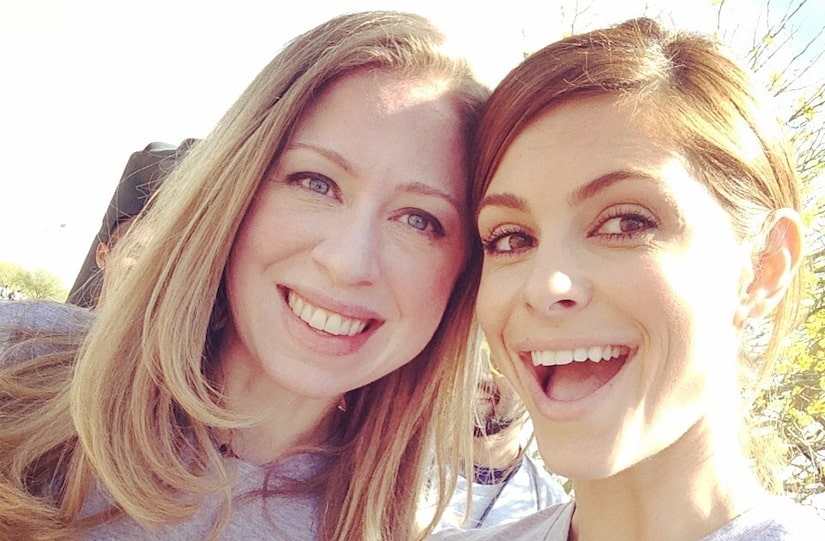 “Extra’s” Maria Menounos caught up with Chelsea and former Pres. Bill Clinton in Phoenix for the Clinton Global Initiative Day of Action, where Chelsea opened up about the pressure she faces to have a child with husband Marc Mezvinsky.

Chelsea’s mom, Hillary Clinton, publicly admitted on Saturday to wanting grandchildren while speaking with Jimmy Kimmel at a forum for the Clinton Global Initiative University.

Chelsea told Maria, “I do feel that pressure in such a loving, lovely way. My parents always say to me that having me was the best thing that ever happened to them, so why would I not want that experience?”

As for the other big question, will her mom run for President? Chelsea answered, “Ultimately, she's my mom, and so whatever she decides will by definition be the right choice, and I'll support her in that and that's what's most important to me.”

What is also important to Chelsea is working with youth. “I think that we have to pay attention to young people, because only by including young people’s voices and ideas will we really be able to understand what our most urgent challenges are.”

President Clinton was also on hand to help his daughter transform a vacant lot into a beautiful public space at the Clinton Global Initiative Day of Action. The proud dad said, “It's easy to forget that wherever you are, you're needed, and that's the message Chelsea's trying to send to everybody.”