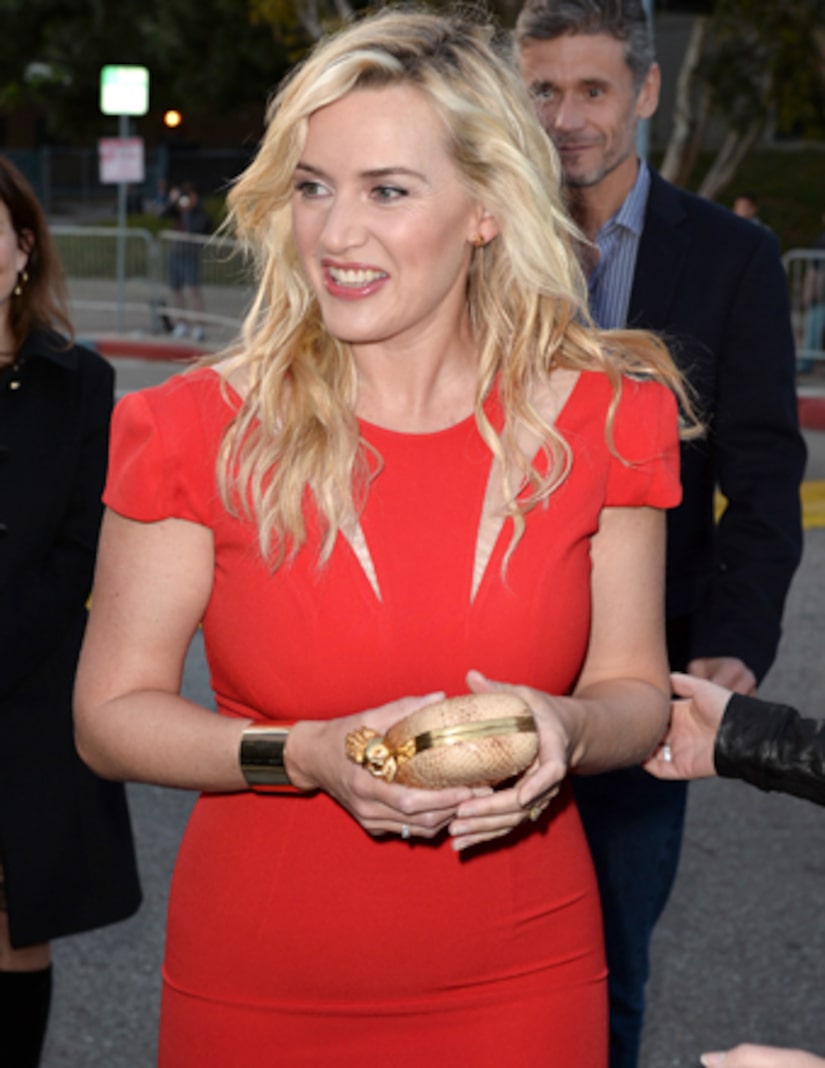 Kate Winslet doesn’t like how much attention is placed on women’s post-baby bodies.

The new mom, who strolled the red carpet at the “Divergent” premiere in L.A. on Tuesday, told “Extra’s” Terri Seymour, “I have to say, so much attention is placed on this thing of bouncing back after a baby.”

She continued, “I don’t advocate fast weight loss at all after a baby, because you are nursing, you can’t, you have to eat and you have to be well.”

She says the idea of "throwing myself into some workout regimen is crazy,” adding, “Mother nature has been a little kinder than it was before."