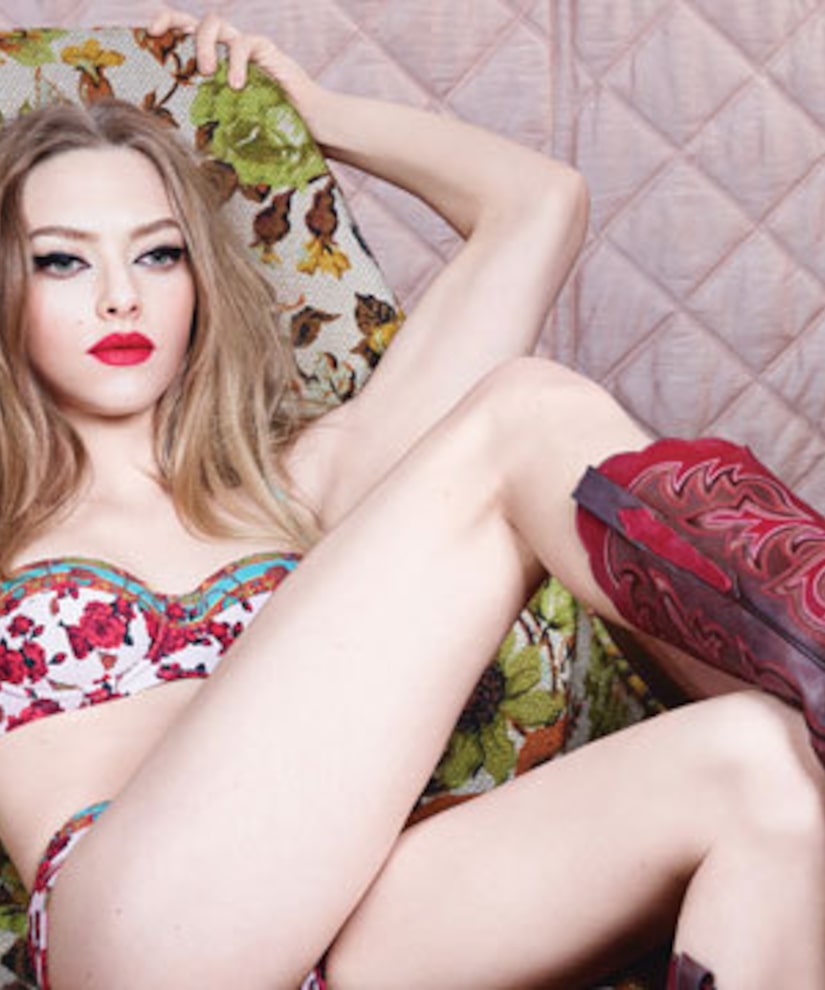 Actress Amanda Seyfried graces the April cover of W magazine, talking about how she loves getting cozy on-screen with some of Hollywood's hottest stars, especially her “Jennifer's Body” co-star Megan Fox!

“We kissed really well together," Seyfried, 28, told the mag. "We have similar kissing styles! If I watch that scene, it's actually really sexy."

Seyfried has also had the pleasure of doing sex scenes with the likes of Channing Tatum (“Dear John”) and Justin Timberlake (“In Time”).

She explained, "A lot of my co-stars have been sexy guys my age who are really respectful and cool. So, why not? I'm not going to pretend it's not fun."

Some of those on-screen pairings have translated off-screen, as well. Seyfried dated her "Mamma Mia" co-star Dominic Cooper for three years until 2010.

Amanda said, "When you're young, it's hard not to get together with your co-star. It's not always a great idea, but the experience of making a television show or movie is so intimate and romantic. And I love acting like I'm in love!" 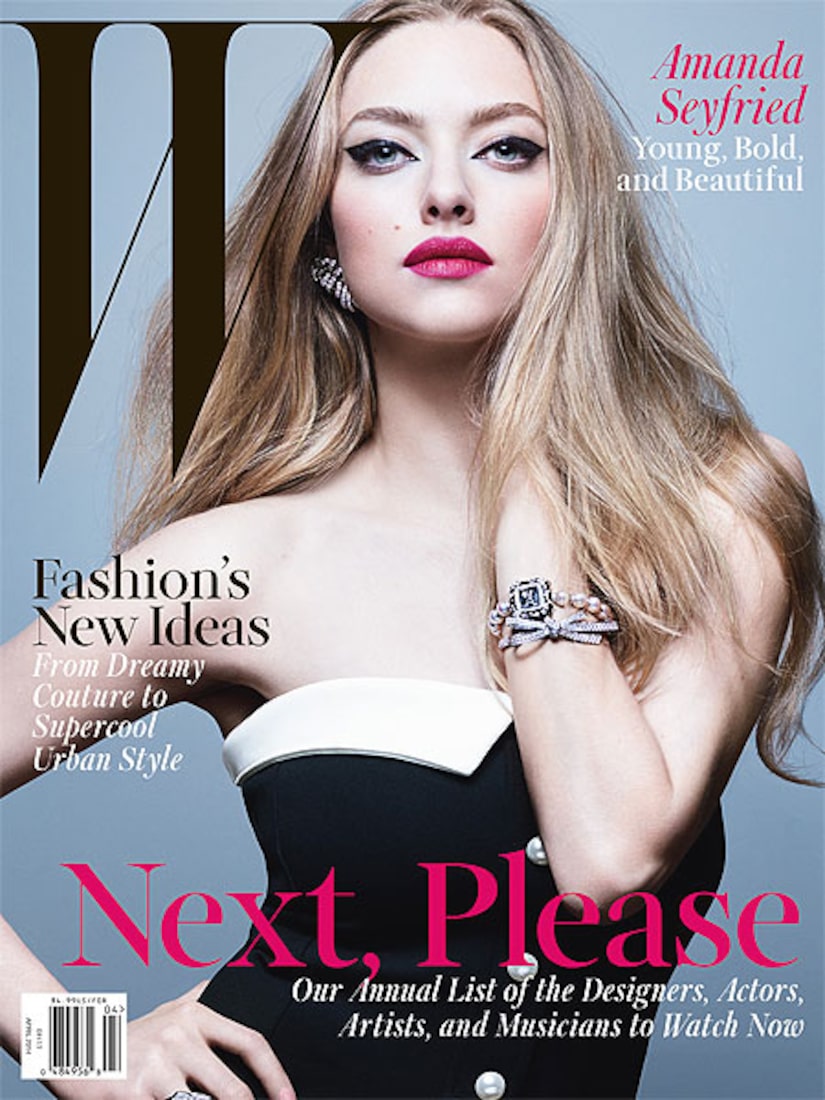 Seyfried has reportedly been linked to Alexander Skarsgard, Emile Hirsh, Ryan Phillippe and Josh Hartnett. She is currently in a relationship with actor Justin Long.