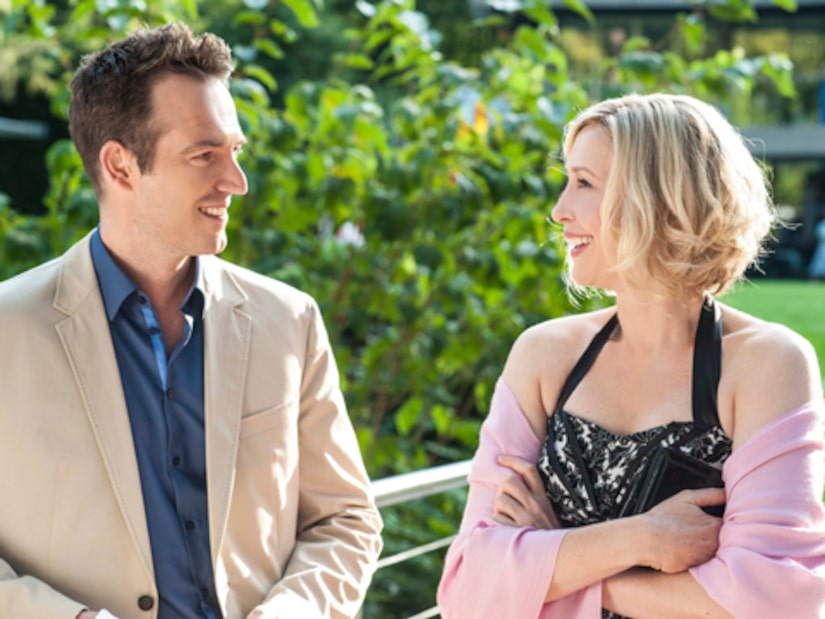 Does a role on "Bates," mean Hollywood’s favorite good guy is finally playing a bad boy?

ExtraTV.com caught up with Michael Vartan, who plays George, to find out more about the new character.

He is just a normal guy: “George used to dabble in corporate law, and now he’s in the Bates world,” Vartan says of the divorcee with no kids, adding that we won’t be meeting the former Mrs. Heldens any time soon. Vartan says not to rule out a more sinister side to George. "Maybe he will turn out to be a bad guy, you never know!"

Wooing Norma Bates is harder than it looks: “If I, or George knew [how to court her] I would tell you,” Michael explains with a laugh. “He’s coming at it with his normal tools… as a human being, just trying to be nice and charming, what you would normally expect someone to be. That doesn’t really land with Norma as much as he would hope.”

Does he sense the crazy? “She goes to great lengths [to hide it]. I think one of the reasons that George goes for it, and with so much charisma is that he has no idea what he’s getting himself into.”

He does, however, get the creepy vibe from her son Norman: “He meets Norman at one point when he picks Norma up for their first date, which is always awkward and creepy and terrifying… even though it is very subtle, the way that Norma and Norman say goodbye to each other at the door, I think George gets a tiny glimpse that something is a little bit askew.” Interestingly enough, Michael says that George never meets Norma’s other son, Dylan.

His character might be sweet, but Michael has a bit of a dark side: Describing his vision for George’s death, he says, “Let’s have him decapitated with a hatchet. Let’s have Norman torture him in the basement for a day. As much darkness as they could bring, I was ready for it. I don’t know what is going to happen to poor George, but if he does continue down this Norma Bates path, things aren’t going to end too well for him.”