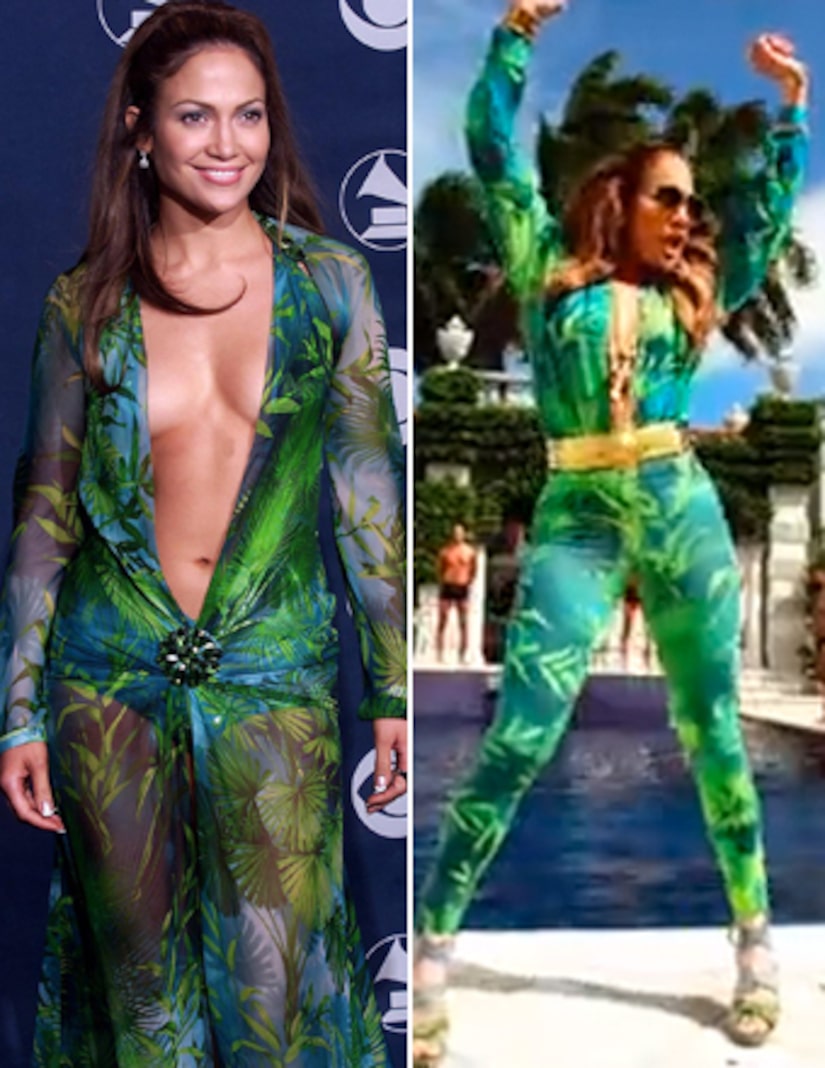 Who can forget when Jennifer Lopez strutted the Grammy red carpet in 2000 wearing a jungle dress by Versace with an endlessly plunging neckline? Certainly, not J.Lo!

The “American Idol” judge brought back the look… this time as a jumpsuit for her new “I Luh Ya Papi” video.

She told "Extra" that a stylist bought this new look, dubbed “Versace jungle print,” right off the rack!

Lopez told us, "It was like doing kind of the throwback kind of hip hop video with me being the rapper it kind of all fit together in the weirdest way.”

The singer also shed some light on the concept behind the film, “For years we've watched women be objectified in these kind of rap music videos, all videos, rock videos too, let’s not just put it to rap… I thought it would be a fun idea for once to kind of flip the script and turn the tables on the guys and it was very funny.”

Check out the video here, but be aware it does have an “explicit” warning.

The star recently made headlines when L.A.'s Power 106 host Big Boy asked which ex she would save from drowning, Sean Combs or Ben Affleck. Her answer? "I'd let both those motherf**kers drown!"

"Extra" asked which fellow "Idol" judge she would save.

“Who would I save if Harry [Connick Jr.] and Keith [Urban] were drowning? I don't know. I'd have to save them both, I love them both."

The fashionista is also InStyle's April cover model! Go behind the scenes of her photoshoot at InStyle.com!