Bobbi Kristina Brown and husband Nick Gordon are hitting back at haters who say Whitney Houston and Bobby Brown’s daughter is too thin.

The 21-year-old shared pics of herself in a black bikini while on vacation with Gordon over the weekend.

When followers started commenting on Bobbi’s weight, the newlyweds got upset.

Bobbi tweeted, "I am my mothers child! Have you ever heard of a #fastmetabolism? Damn, lol, it's incredible how the world will judge you 4ANY&EVERYthing."

Bobbi Kristina and Nick Open Up About Marriage

Gordon supported his wife, adding, "My baby is perfect the way she is… And for the record she was made that way why change I know she is beautiful." 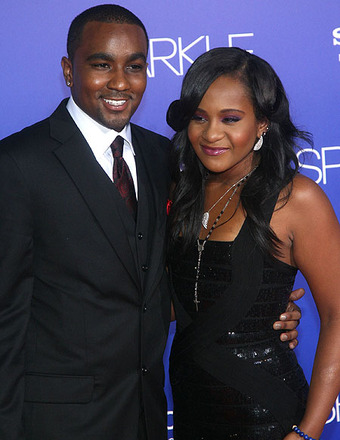 Lindsey Vonn on Hanging with Elin Nordegren, Her Ex's Ex-Wife 9