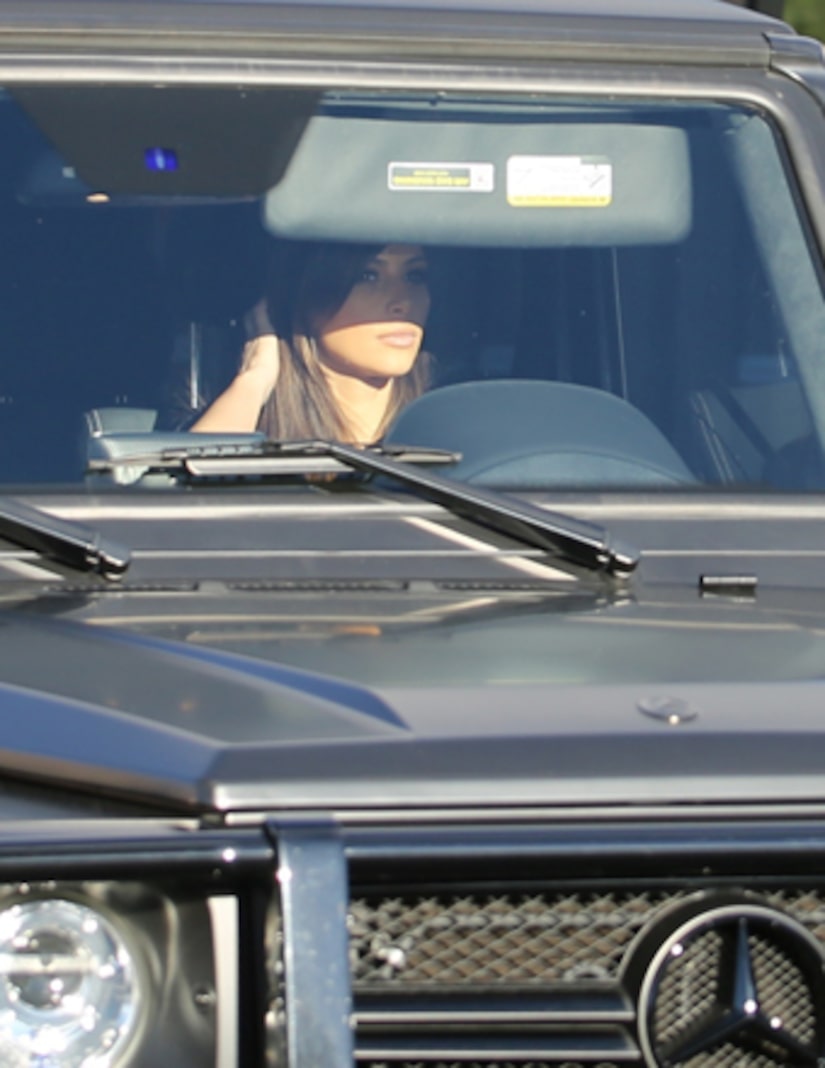 Reality star Kim Kardashian was in a car accident in Beverly Hills on Tuesday.

Kim was driving her Mercedes G Wagon on Sunset Blvd. near the Beverly Hills Hotel when the minor crash occurred.

TMZ reports that Kardashian was turning left at an intersection when an oncoming car approached with its right blinker on. Instead of turning, the car continued straight and the two cars collided.

The cars were damaged, but no one was injured, or ticketed.

Kim and the other driver drove over to the Beverly Hills Hotel to exchange information, and then shared a goodbye hug!