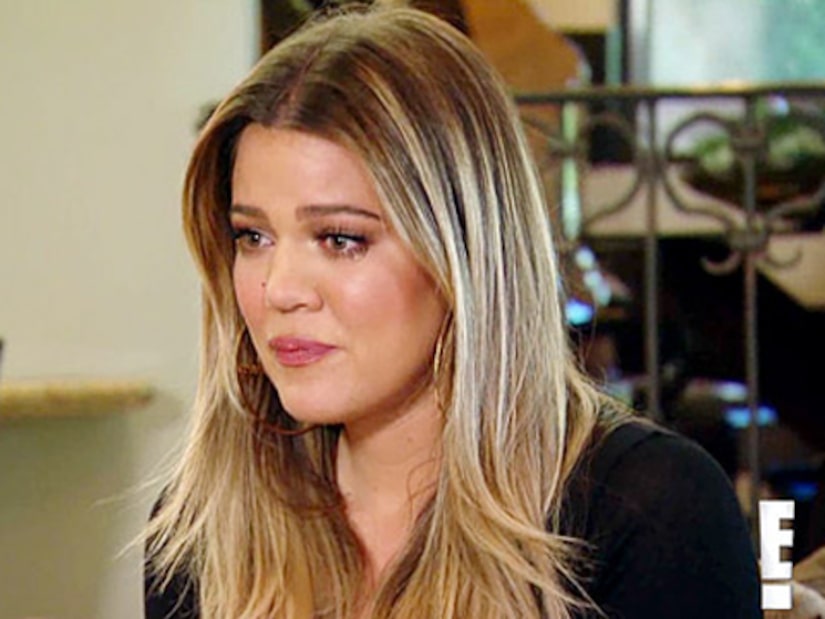 It turns out Khloé Kardashian filed for divorce from Lamar Odom after a sisterly intervention.

In the mid-season finale of “Keeping Up with the Kardashians,” Khloé returns home to her Tarzana pad after a trip to Dubai. Sisters Kim and Kourtney are waiting for her along with friend Malika Haqq.

At this point, Khloé hasn't seen Lamar in two months due to his drug and infidelity issues. She tells the women she's considering divorce.

"It's something I thought I'd never have to do,” she said. "It's not fair -- it's not fair that this is even something anyone has to go through."

Kim tells her, "We're all sad, we all love Lamar so much. I just hate, as your sister, seeing you stuck in this place not making a decision when nothing's changing."

With tears in her eyes, she assures her little sister that she doesn't have to go through it alone, adding, “You've done every last thing that a person can do. I just don't want you to put your life on hold when you have already for so long."

Kim points out, "He's choosing this other life over the life you've given him.”

For Khloé, the whole thing is inconceivable. "It just sucks when you've given so much, and you realize it still wasn't good enough for someone. You can't help but take it personal."

Later, after the papers have been filed, Khloé says, "It just sucks. I definitely feel guilty. It's definitely f***ed -- it's not a good feeling at all."