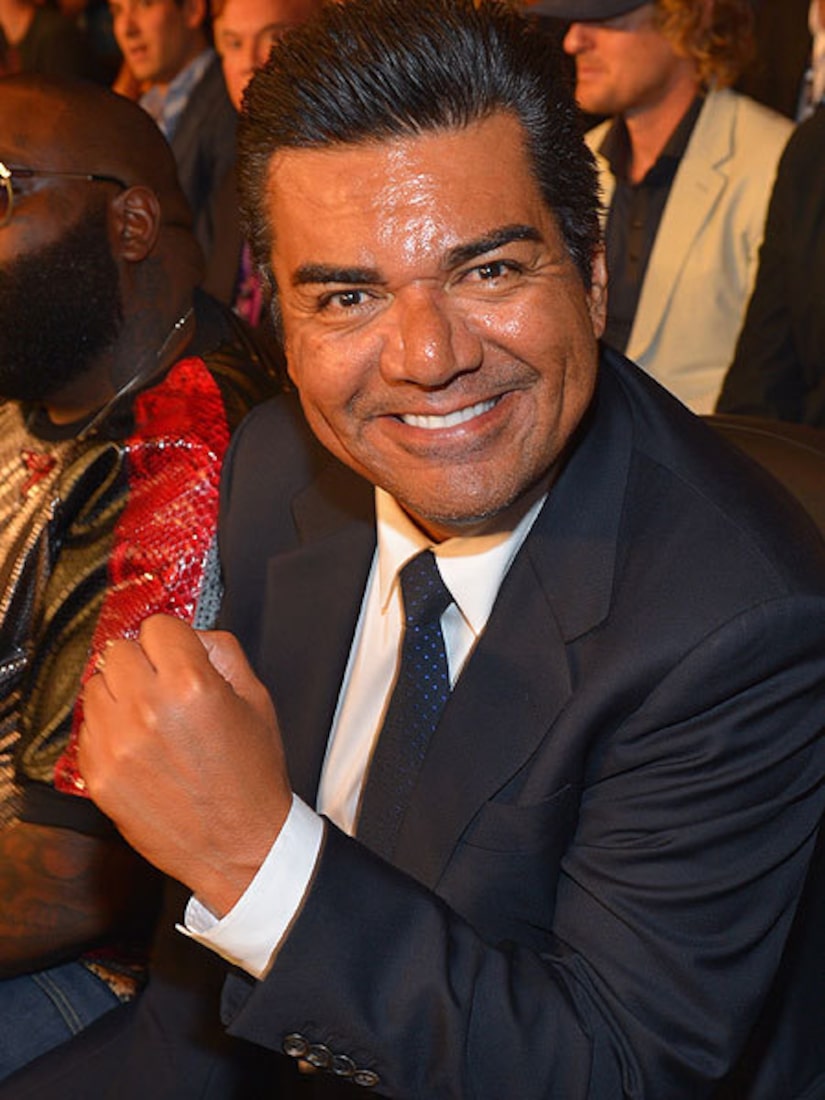 Funnyman George Lopez joined “Extra’s” Mario Lopez at Universal Studios Hollywood to talk about his new show “Saint George,” and about making headlines when he passed out drunk at a Canadian casino.

Lopez put his comedic spin on it, saying, “Well, there was a long line for Keno, so I needed to lay down. Listen, I was looking for my room. I was just 25 floors short. I'm good. I'm back on track. I'm ‘Saint George’ on TV. I'm not a saint in real life.”

George continued, “As Latinos, we struggle at times with carnitas and alcohol, but the best thing is not to make the same mistake twice. Justin Bieber does it here. I thought I'd do it in Canada.”

As for his new show, Lopez explained, “In this one, I've married a white woman… and she's holding him to be a better father in divorce than he was when they were married.”

Lopez also admitted that his character has some similarities to his real life. “I haven't had much success with women. In ‘Saint George,’ he's just a guy like me. Trying to do better and trying to be a better guy.”