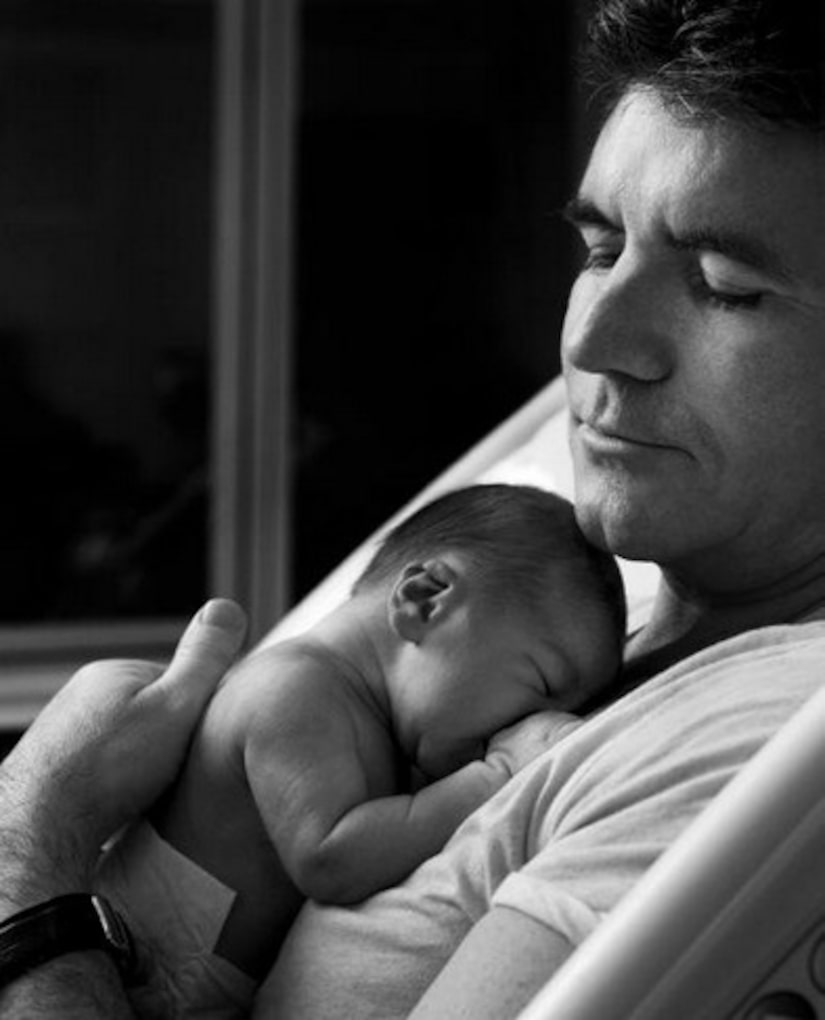 Only “Extra” correspondent Terri Seymour was with Simon Cowell for his first TV interview since becoming a father to baby Eric with Lauren Silverman. When asked about the life-changing event, Simon said, "I was born to be a dad!"

Simon also told Terri about making it to NYC just in time for Eric's birth. He'd been in London working on “Britain’s Got Talent." “Phone rings at half past five in the morning, 'I’m about to give birth [said Lauren],' so we had to find a flight, which we did, and I got there with two hours to spare.”

The former "X Factor USA" judge then told us about the emotional moment when Eric was born, admitting he cried and was surprised by the love he felt right away. “I actually said to Lauren beforehand, 'What if I like the dogs more than him?' -- and she said, 'You're gonna be absolutely fine,' and then literally within seconds of him being born, I got it!”

As for how the baby and Lauren are doing, Simon said the baby barely cries, and it's his wife going through the waterworks! “Lauren's actually been crying more than Eric, so I've had to put one of those pacifiers in her which she likes! Has to be fed every three hours, otherwise she gets a little bit grumpy, and Eric's absolutely fine!”

The couple, who named Eric after Simon’s late father, will soon bring their baby boy to London to meet his grandmother. “I think she's told the whole village… she’s really excited.” He continued, "I look at him, Eric, and I think of my dad all the time, so it's a really good thing.”

Simon then revealed he wants more kids! “I wouldn't rule out [more children]! Well, I got Squiddly and Diddly, and I couldn't imagine Squiddly or just Diddly… I had a brother when I was younger, so I kind of think it’s cool to have two or three… two.”