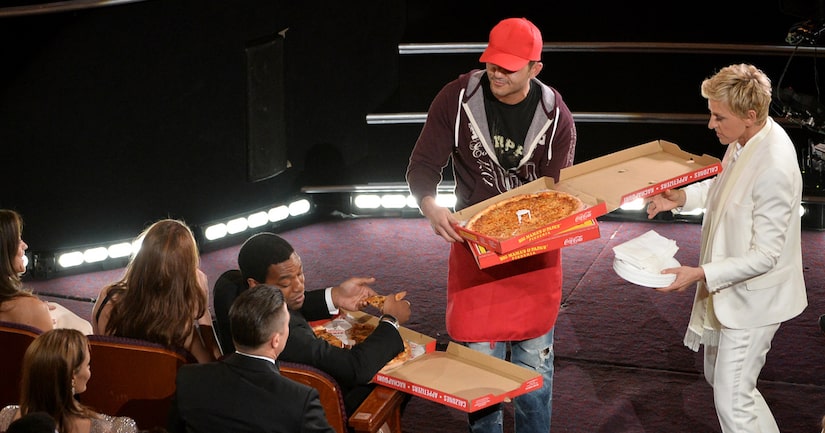 Host Ellen DeGeneres figured most of the stars sitting in the 2014 Oscars were hungry, so she ordered pizza for them… and delivered.

Edgar Martirosyan, the owner of Big Mama's and Papa's pizza, a local pizza franchise near the Dolby Theater in Hollywood, showed up with several pies. He helped Ellen hand out slices to the likes of Brad Pitt, Julia Roberts, Jennifer Lawrence, Meryl Streep and Harrison Ford.

According to USA Today, Martirosyan has owned the pizza company for eight years, and he does everything from delivering pizza to baking and managing 20 stores.

When Martirosyan returned to his store Sunday night, his co-workers welcomed him with big cheers.

He appeared on Ellen's live show on Monday, where she gave him a very DeGeneres $1,000 tip!