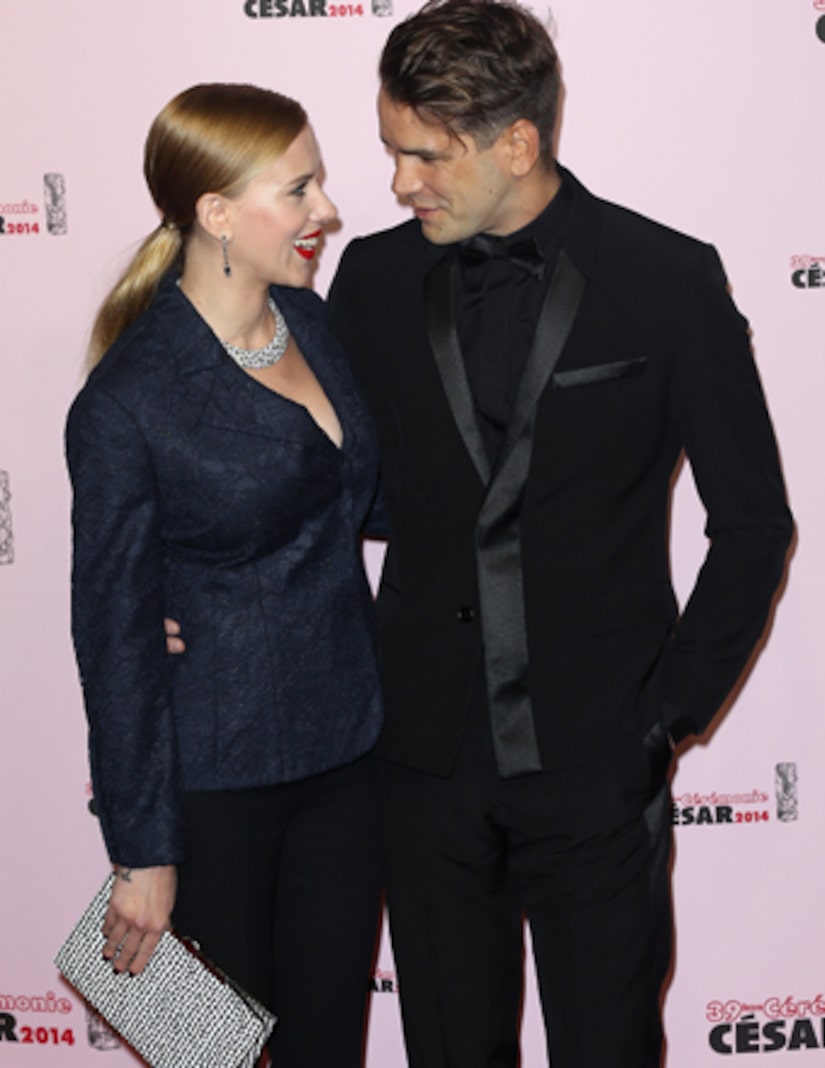 It was six months ago that ScarJo stepped out at the Venice Film Festival wearing a vintage Art Deco engagement ring from her French journalist boyfriend.

Johansson, 29, was previously married to actor Ryan Reynolds. They split in 2010. Reynolds married Blake Lively in 2012.