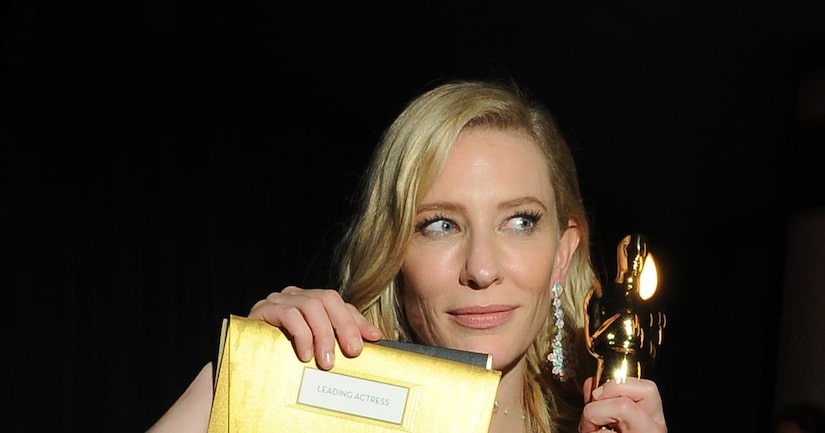 “Extra’s” Jerry Penacoli was with all the stars at the Governor's Ball following the 2014 Oscars, including Best Actress winner Cate Blanchett.

Blanchett wouldn’t elaborate on her comment to Julia Roberts in her acceptance speech, in which Cate said, “Julia, hashtag suck it, you know what I mean?” Instead, Cate looked into our cameras and jokingly said, “You watch it, Julia. I'm after you’re a**.”

Penacoli also caught up with Best Supporting Actor winner Jared Leto, who thanked Jerry for predicting he would win an Oscar while they were at the Toronto Film Festival. “You said it. You were one of the early believers… you're my lucky charm, baby.”

Check out more of our Governor's Ball fun!