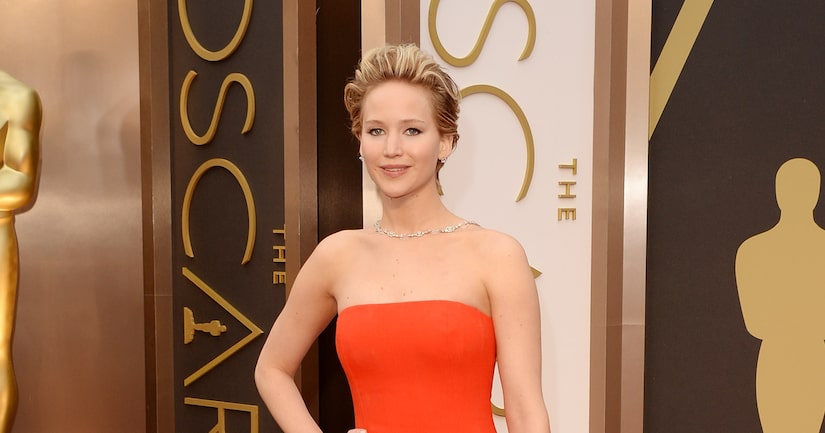 Oh, Jennifer Lawrence and her klutziness!

On her way to the 2014 Oscars red carpet, she fell after tripping on a cone… and it was caught on camera by E!

Check out "Extra" host Mario Lopez's interview with Lawrence on the red carpet, the two chatted about Jennifer's Dior dress, the next hair trend she wants to set, and whether she's starring in another film with her "American Hustle" co-star Bradley Cooper.

Check out more of "Extra's" Oscar moments, including host Maria Menounos drying up the red carpet with a wet vac, and Mario Lopez interviewing the stars, including nominees Julia Roberts and Sandra Bullock!