Ellen DeGeneres crashed Twitter with her star-studded Oscar selfie, but there is a photobomber in the pic that we didn't recognize.

Pics! Our Favorite Moments from the 2014 Oscars

If only Bradley's arm was longer. Best photo ever. #oscars pic.twitter.com/C9U5NOtGap

Who is the mystery man? Lupita's brother, Peter! Shortly after the pic was taken, the “12 Years a Slave” star thanked him during her Best Supporting Actress acceptance speech. 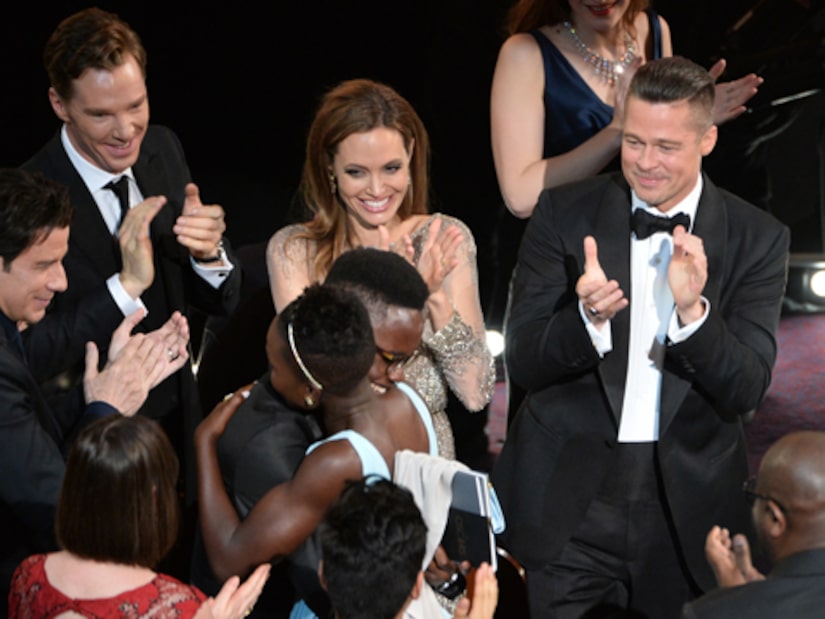 "Extra's" Jerry Penacoli was with Lupita and her brother Peter at the Governors Ball, the official Oscar after-party. The three chatted about Lupita's win and Peter photobombing Ellen's record-setting selfie.