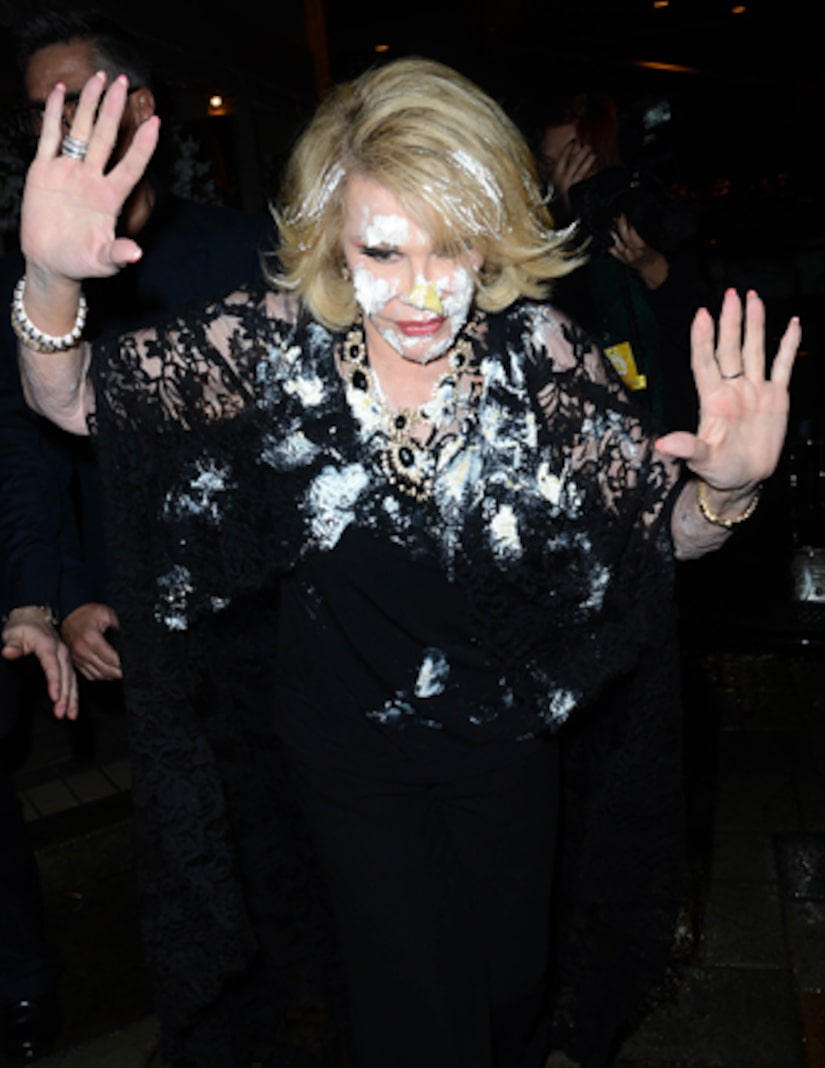 Poor Joan Rivers was the victim of a cake bombing on Friday... and you will never guess the culprit!

The comedian was spotted fleeing the QVC Red Carpet Style pre-Oscar party at the Four Seasons in L.A. covered in icing.

Rivers looked stunning on the arrivals line, wearing a black lace overlay and trousers, but left in a huff.

It was later revealed that Joan was in an altercation backstage with Miss Piggy! After hurling insults at one another, the Muppet threw Rivers into a cake. Watch!

The 80-year-old “Fashion Police” host cleaned up and later returned to present onstage.

This isn't the first time Joan has been hit with a cake. Fergie smashed a dessert in her face on the set of “Fashion Police” last year at Rivers' birthday party.