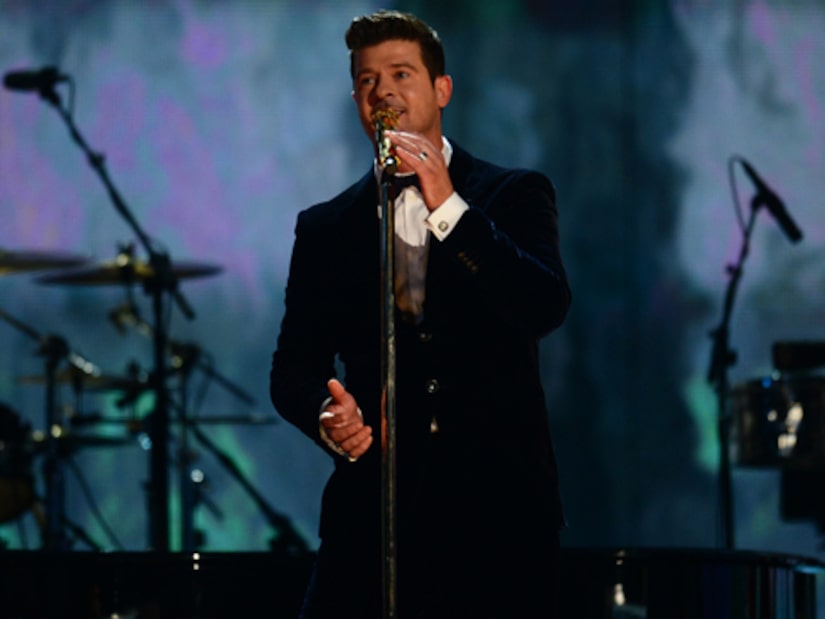 Robin Thicke had the crowd gushing as he poured his heart out to estranged wife Paula Patton at his show in Fairfax, VA on Thursday.

The “Blurred Lines” singer told the audience, "For y'all that don't know, me and my wife separated but I'm trying to get my girl back. She's a good woman."

Thicke then told the crowd that he needed their help getting through his next song, “Lost Without U,” explaining that he wrote it for Paula, his partner of twenty-two-years.

The 36-year-old crooner is still wearing his wedding ring, and told paparazzi on Thursday he is "just trying to get her back, man."

Paula, on the other hand, has removed her ring, and is staying mum on the relationship.

New reports indicate that Robin's bad behavior may have played a role in the split.