Lovebirds Ashton Kutcher and Mila Kunis could finally be engaged, because Kunis is sporting a big diamond ring on that finger!

Although the couple has not made any official announcement, sources told E! News that Kutcher and Kunis are indeed planning to tie the knot. 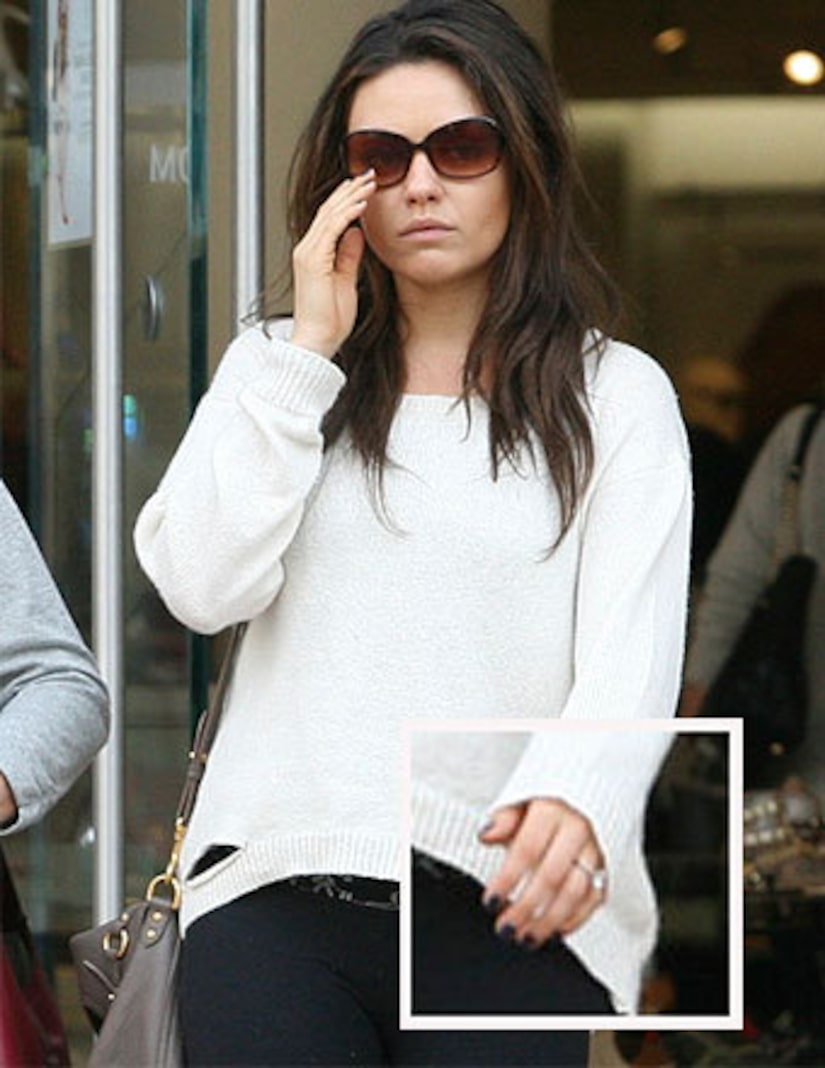 The "That '70s Show" stars were spotted in Kutcher's hometown in Iowa over the holidays and sources told UsWeekly.com at the time that an “engagement is imminent.

Kutcher, 35, recently finalized his divorce from ex Demi Moore, leaving the door open for the former the two, who have been dating for two years, to get married.