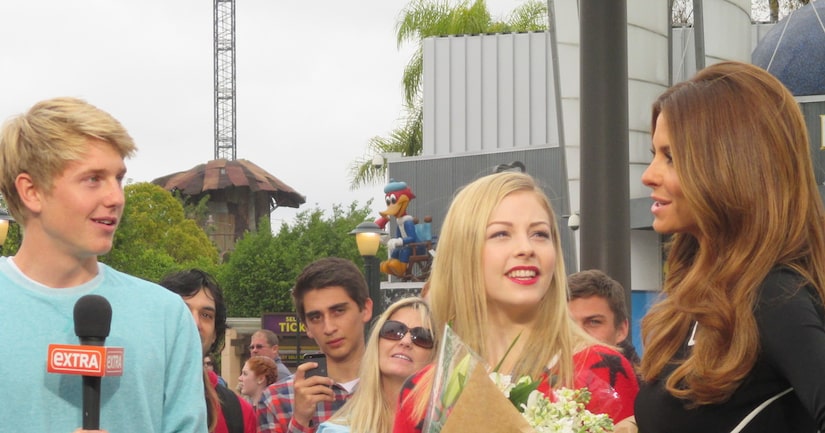 Check out the adorable exchange!

After Gold and Pettijohn hugged, Dyer asked Gracie in person if she would go to the prom with him. Her response, “If it works out, I would love to.”