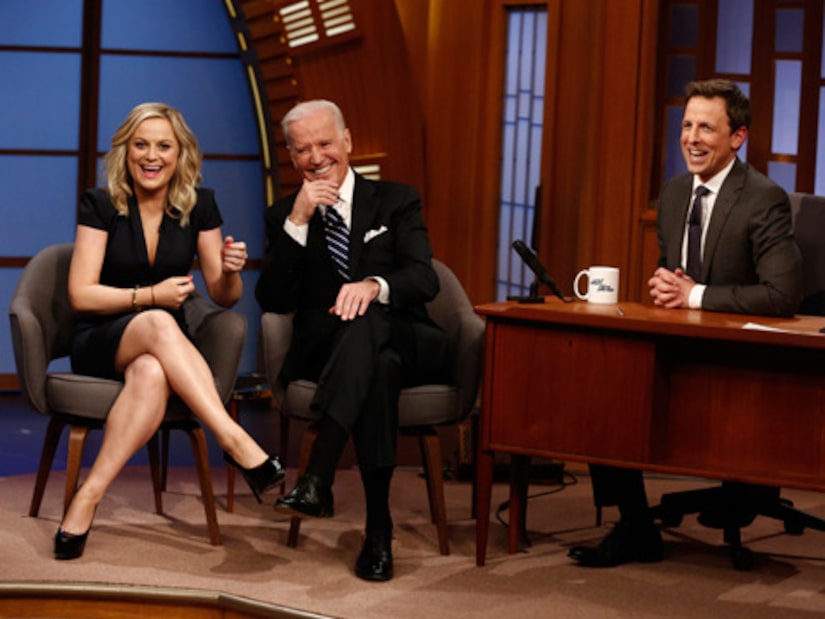 It's official! Seth Meyers is the new host of “Late Night,” and we've got all the must-see moments from his premiere episode. Scroll down to watch the videos!

Meyers paid homage to predecessor Jimmy Fallon with his own take on the “Thank You Notes” skit, signature piano music and all.

The premiere episode also meant a “Weekend Update” reunion for Seth and Amy Poehler. See the host interview his former “Saturday Night Live” co-star. When Poehler pretended to be a boring guest, Meyers quipped, "We have faked chemistry so well" in the past.

Vice President Joe Biden stopped by for the kickoff. Did he have a major announcement to make about his plans for 2016?

Watch the video to find out!