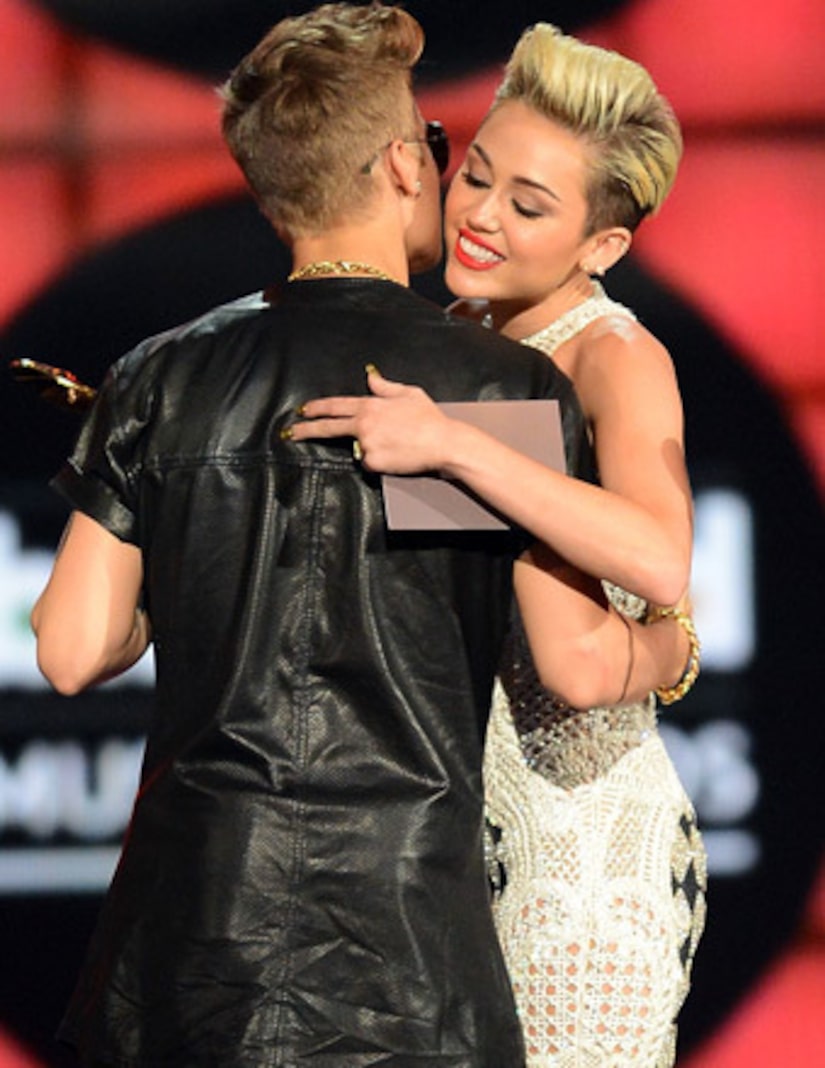 Was there a Justin Bieber and Miley Cyrus hookup last year and we missed it?

Life & Style is calling it the “ultimate betrayal,” claiming the fling occurred while Bieber, 19, was dating Selena Gomez. A source told the mag, “Justin and Miley were seeing each other behind her back last year… Just days after Selena dumped him, Miley spent the night at Justin's house.”

The story is similar to one told by TMZ last June... except in their version, Justin spent the night at Miley's house!

Miley, 21, responded to the Life & Style report via Twitter, calling out a photo that was used in the article. "Btw this is photoshopped. Bieber wasnt at Pharrels bday party [where the Miley pic was taken]. I never read this s**t and that's why."

Btw this is photoshopped. Biebs wasn't at Pharrels bday party. I never read this shit & that's why. pic.twitter.com/MQQPPXHbYn

No word from Justin on the matter… he has enough on his plate anyway. TMZ reports that Miami Beach prosecutors were unable to strike a plea deal with the Biebs, and that his DUI case is headed to trial.

Rumor has it Justin refused to take a deal involving random drug tests.