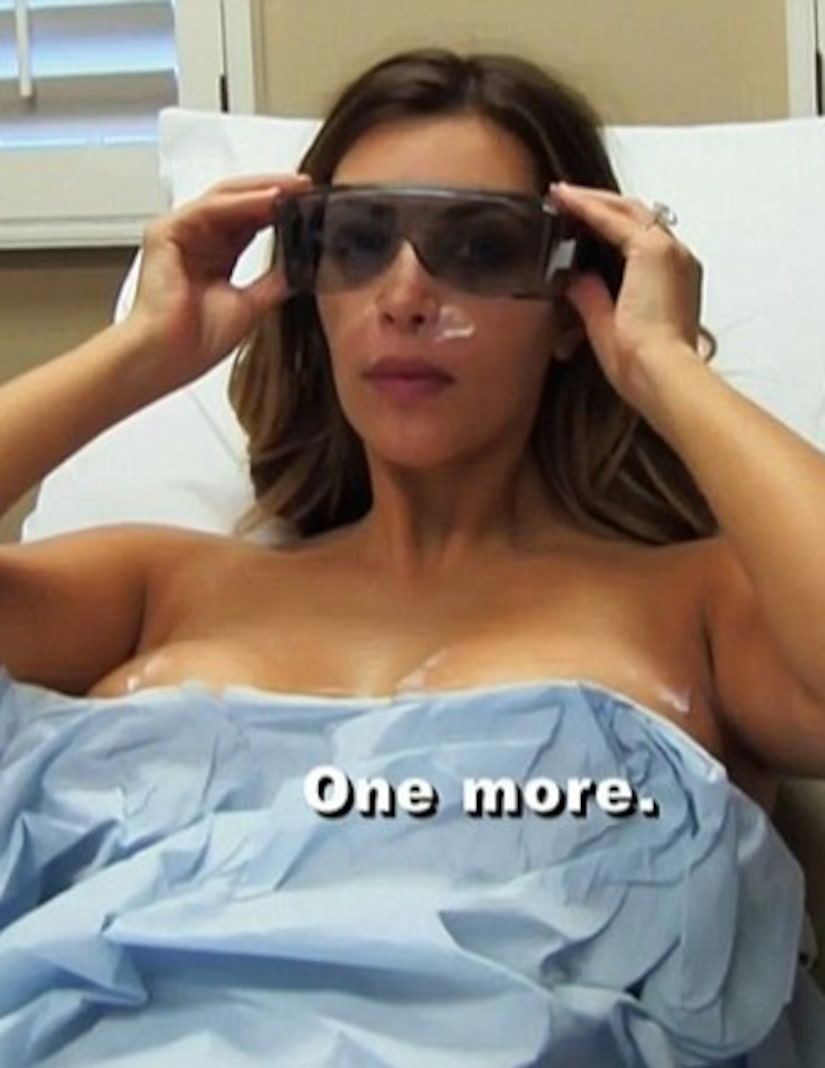 Reality star Kim Kardashian has adamantly denied butt implants and injections, but that doesn't mean she hasn't had work done on her breasts.

In the latest episode of “Keeping Up with the Kardashians,” cameras roll as Kim and friend Jonathan Cheban stop by plastic surgeon Dr. Simon Ourian's office.

At first, Kim tells the doctor she's obsessed with her hands, declaring them “too wrinkly.” Next, they discuss removing a scar from her toe. When he tells her the same laser that removes scars also works for stretch marks, she jumps at the idea of having the doctor laser her boobs.

Thanks to the laser, Kim says goodbye to the stretch marks on her boobs, caused by pregnancy and breastfeeding.

Kardashian, who is engaged to Kanye West, welcomed daughter Nori in June.