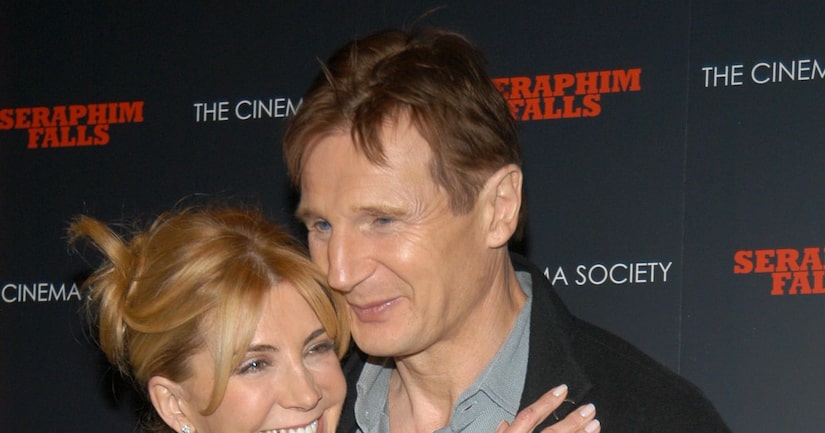 Actor Liam Neeson opened up in an emotional interview while talking about losing wife Natasha Richardson five years ago in a skiing accident.

Speaking with CBS correspondent Anderson Cooper on “60 Minutes,” Neeson described arriving to the Canadian hospital to be told by doctors that Richardson was brain dead.

Neeson said, “She was on life support... I went in to her and I told her I loved her, said, 'Sweetie, you're not coming back from this, you've banged your head.'”

The actor told Cooper that his grief still “hits like a wave,” saying, “You just get this profound feeling of instability... the Earth isn't stable anymore and then it passes and it becomes more infrequent, but I still get it sometimes.'

Neeson even to this day expects Richardson to walk through the door. “[Her death] was never real. It still kind of isn't. There's periods now in our New York residence when I hear the door opening, especially the first couple of years... anytime I hear that door opening, I still think I'm going to hear her.”

On a lighter note, Neeson explained they donated some of her organs to those in need. “She's keeping three people alive at the moment. Her heart, her kidneys and her liver. It's terrific, and I think she would be very thrilled and pleased by that.”

The Irish actor married Richardson in 1994 and the couple had two sons.

Neeson will next be seen in the upcoming action thriller “Non-Stop,” in theaters February 28. The "60 Minutes" interview with Neeson airs this Sunday on CBS.