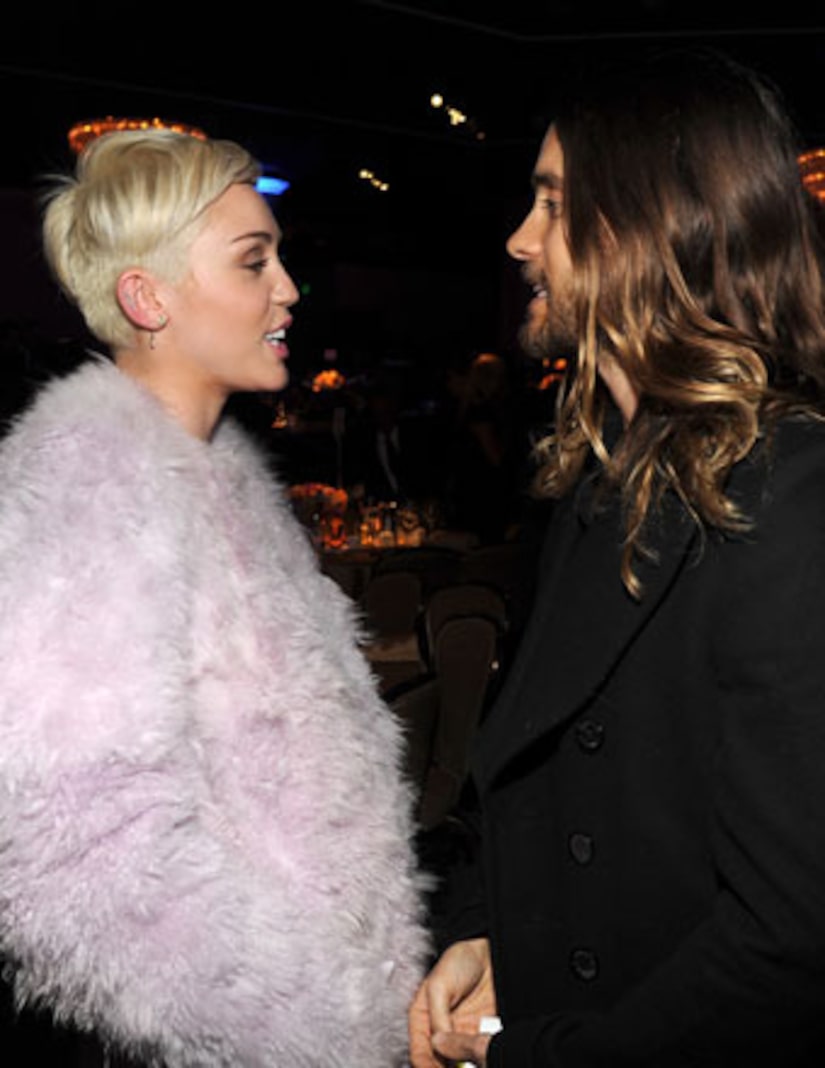 Women everywhere will be jealous to learn that Miley Cyrus is reportedly hooking up with Jared Leto!

Us Weekly reports that the “Wrecking Ball” singer, 21, slept over at the Oscar nominee's house in L.A. earlier this month.

The two were spotted together at the Clive Davis pre-Grammy party in January, and an insider says their bond has deepened.

The source told the mag, "They like to have a good time, they love to talk about art and music -- and they're both comfortable with nudity!"

It sounds like they make the perfect friends-with-benefits pair. A friend told Us Weekly, "Jared doesn't do girlfriends," while Cyrus recently told W, "I'm, like, not trying to jump into a relationship.”

The news comes on the heels of rumors that Leto, 42, was getting flirty with fellow Oscar nominee Lupita Nyongo'o at a party on Feb. 12.