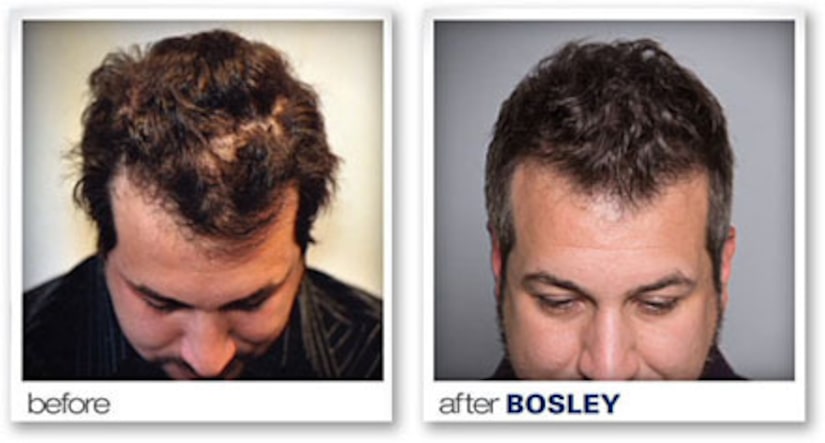 In case you missed it… a former boy bander has signed on as a spokesman for Bosley hair restoration.

Who is the teen idol who said “Bye, Bye, Bye” to balding? Joey Fatone!

The 'N Sync singer is now crediting his fuller locks for re-energizing his career.

Joey said in a statement, “Performing in front of a live audience of thousands of screaming fans can be pretty intimidating for even the most seasoned performers. You're being scrutinized by your fans.“

He continued, “Back then, I was the only one in the group getting thinner on top. I became self-conscious and started wearing hats more often. Having a full head of hair was important to me, so I asked my manager what I could do about it. The answer for me was going to Bosley for a hair restoration procedure. It's where lots of celebrities go.”